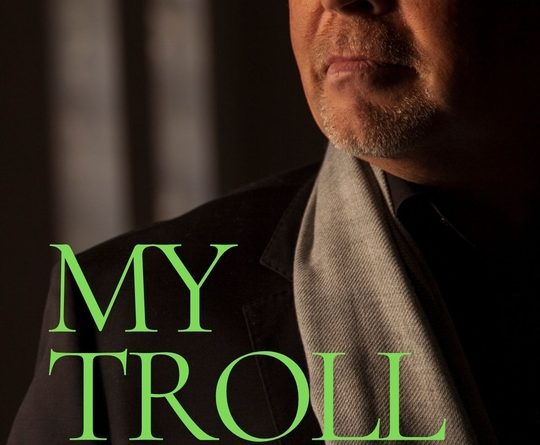 A True Story about the world-famous Trolls – and a drama worth a Hollywood movie.

In this book, former manager of the Troll Company Jep Andre Laponnel take you behind the scenes of this worldwide success.

The book contains it all – a rags to riches story, worldwide business success, and a drama worthy of a Hollywood movie.

The trolls were created by Thomas Dam in a little town in Northern Danmark.

Almost everyone in the world knows the Trolls: Dam Trolls, Good Luck Trolls, Norfin Trolls. No matter what the name, these cute little beings are known and loved by children and adults around the world. They mean a lot to a lot of people.

Recently, the trolls have earned even more recognition with the TROLLS1 and TROLLS2 animation movies from Dreamworks.

Few people know the true story behind the trolls.

In recent years, a completely different and factually untrue version of the trolls’ story has been created.

Former director of the Troll Company – Jep Andre Laponnel – Thomas Dam’s grandson, will now set the record straight in his new book MY TROLL LIFE. As you know, stories are best heard directly from the source, not from people with special interests.

This book gives you the entire exciting story behind these world-famous trolls.

You will hear about Thomas’ poor childhood and youth, the start-up of the troll factory by Thomas and Lajla Dam. And you will read about how the incredible success was created, and how the Trolls became one of the best-known toy figures in the world.

The book is full of fun anecdotes about the trolls and their creator Thomas Dam.

The book also contains a more unknown side of the troll’s story – namely a family drama that is truly unbelievable. Jep Andre writes with candor about the successes as well as the traumatic period of family conflict.

So sit back and be a part of an exciting troll journey in My Troll Life – The TRUE story.

He has worked at the Troll Company since his boyhood and was director for 8 years. He stopped in 1997.

From 2006 to 2021, he lived in Spain and worked both as an investor and serial entrepreneur. Jep Andre has also been a coach and consultant for many years.

This book has been on the back burner for many years but has been blocked by various legal obligations. Jep is now free from these obligations, so now the story must be told.

The book will be published as a paperback, e-book and audiobook on April 16, 2022.

Its available on presale now on Amazon and many other shops.