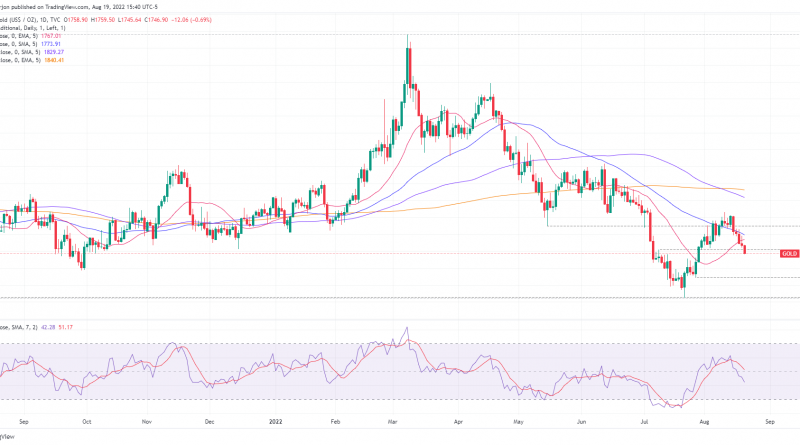 Gold price drops for the fifth-consecutive day, set to finish the week down by 3%, triggered by sentiment shifting sour, while the US dollar reaches a five-week high against a basket of currencies. At the time of writing, XAU/USD is trading at $1746.34 a troy ounce.

Wall Street is set to finish the week with losses. US Federal Reserve speakers throughout the week reiterated that inflation in the US is “too high,” despite acknowledging that July’s data was “encouraging.” However, even one of the most dovish, Kansas City Fed President Esther George, mentioned that further rate increases are needed, though the size of it is open to discussion.

It’s worth noting that XAU/USD prices could not rally, despite traders’ perception of “dovish” tilted FOMC minutes. However, since the last monetary policy meeting, Fed officials reiterated that bringing inflation down is the primary goal, despite worries about growth expressed by Minnesota’s Fed President Neil Kashkari. He commented that he’s unsure that the Fed could reach price stability’s goal without tapping the US economy into a recession.

In the meantime, the US Dollar Index finished the week up by 2.27%, at 108.078, a headwind for the yellow-metal dollar-denominated asset. Another factor that weighed on the gold price was US Treasury yields, led by the 10-year benchmark note rate, which added eight bps, finishing the week at 2.974%.

Back towards XAU/USD price action, spot prices tumbled since Wednesday, when the Fed released the FOMC’s minutes below the 20-day EMA at $1763.92, exacerbating the $14 fall below the $1750 mark by the end of the week.

Gold traders should be aware of critical economic data next week. The US economic docket will feature August’s S&P Global PMIs, Initial Jobless Claims for the week ending on August 19, the Fed’s favorite inflation gauge, PCE for July, and the Fed Jackson Hole Economic Symposium, where Fed Chair Jerome Powell will speak. 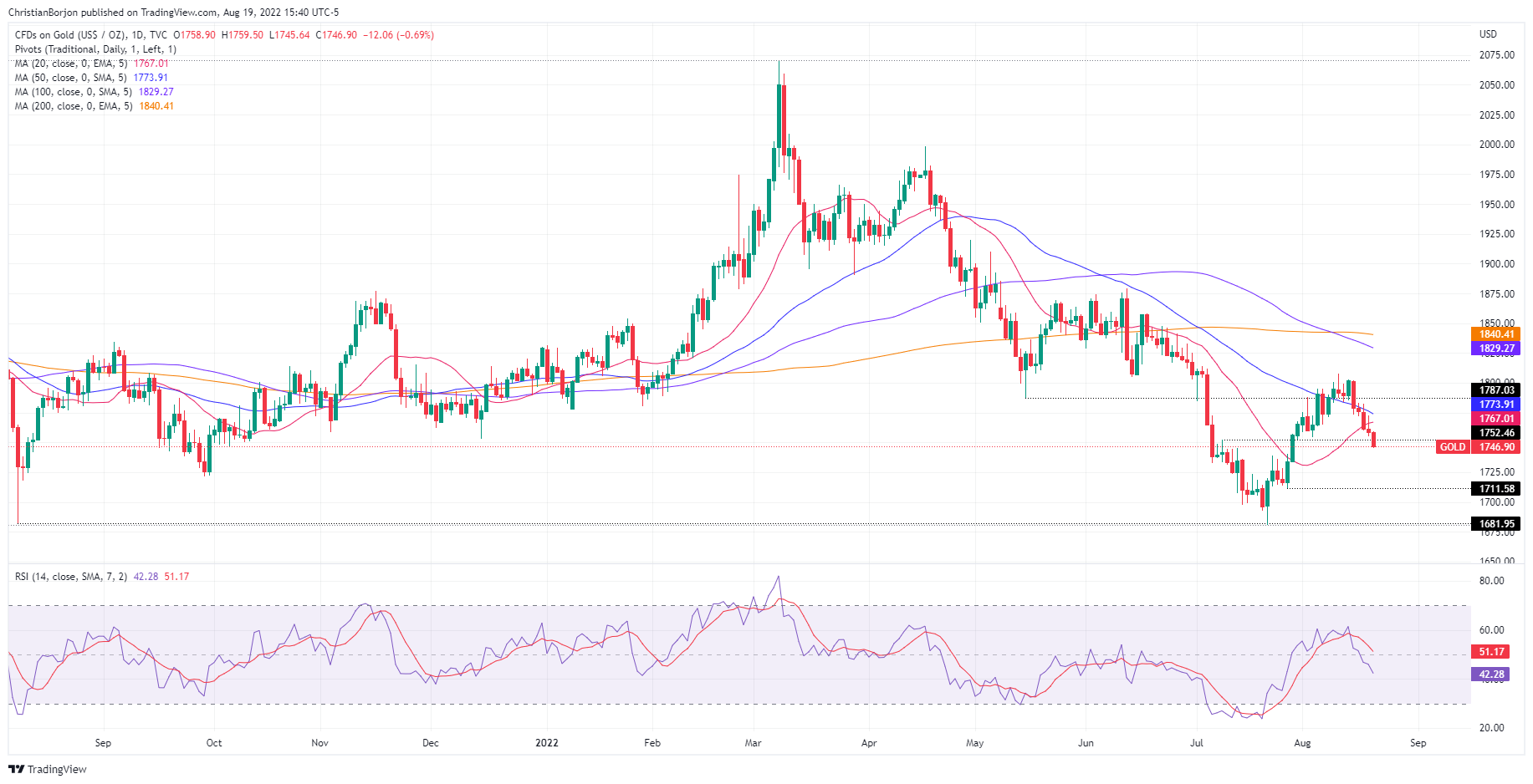