All eyes on the Federal Reserve

Investors are potentially moving to the sidelines ahead of the US data events this week that kick off with the US Consumer Price Index on Tuesday.  This data comes ahead of the showdown event for the week in the Federal Open Markey Committee meeting that will conclude a week’s long blackout period of Federal Reserve speakers. Gold price would be expected to suffer if the peak for the Fed funds tilts higher than expected should inflation becomes entrenched.

Money markets are currently pricing an almost 75% chance that the US central bank will hike rates by 50 basis points after delivering four successive 75 basis point rate increases. However, some analysts anticipate a hawkish outcome from the event.

”We expect a more hawkish tone than what he delivered to the Brookings Institution last month,” analysts at Brown Brothers Harriman said who argued that ”the Fed narrative remains too dovish.”

‘With both Average Hourly Earnings (AHE) and core Personal Consumption Expenditures (PCE) flat-lining near 5% for most of this year, we don’t think this expected tightening path will get inflation back to target, not when the labour market remains so firm and consumption is holding up,” the analysts explained. ”Furthermore, the swaps market continues to price in an easing cycle in H2 2023. This seems highly unlikely and so the mispricing continues,” the analysts argued.

The bulls have thrown in the towel on the lower time frames as the Gold price breaks $1,780 support and a number of micro trendlines: 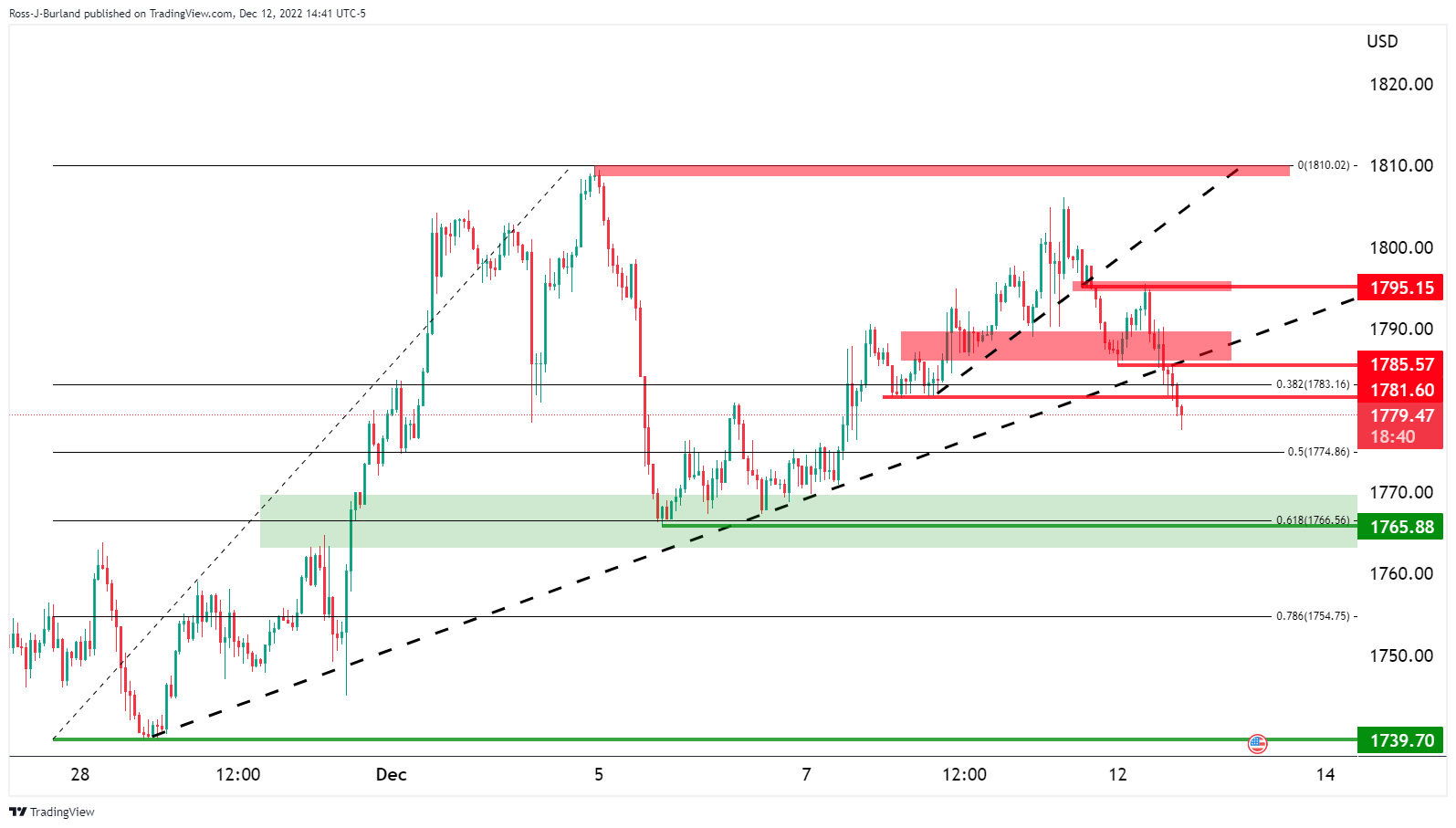 $1,765 swing lows are now in sight and in-the-money longs below there is a target for the bears.