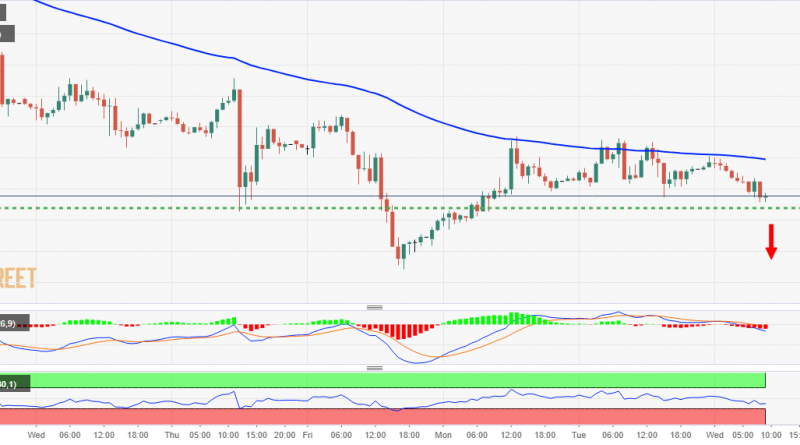 Silver comes under fresh selling pressure on Wednesday and extends the previous day’s modest pullback from the vicinity of the $19.00 mark. The white metal remains on the defensive through the first half of the European session and is currently flirting with the daily low, around mid-$18.00s.

From a technical perspective, the recent bounce from a nearly three-week low touched last Friday faces rejection near the 100-hour EMA. Meanwhile, oscillators on the daily chart are holding in the bearish territory and have again started gaining negative traction on the 1-hour chart. This, in turn, supports prospects for an extension of the intraday depreciating move.

Hence, a subsequent slide back towards challenging a pivotal support, around the $18.00 mark, remains a distinct possibility. Some follow-through selling will be seen as a fresh trigger for bearish traders and drag the XAG/USD back towards the YTD low, around the $17.55 area. Spot prices could eventually drop to the next relevant support near the $17.00 round figure.

On the flip side, the 100-hour SMA, around the $18.90-$19.00 area, might act as an immediate hurdle.  A sustained move beyond might trigger a short-covering rally and lift XAG/USD towards the $19.70-$19.80 supply zone en route to the $20.00 psychological mark. The latter should act as a pivotal point for bulls, which if cleared should pave the way for further gains.

The subsequent move up has the potential to lift the XAG/USD further beyond the $20.50 intermediate resistance, towards reclaiming the $21.00, which coincides with the 200-day EMA.