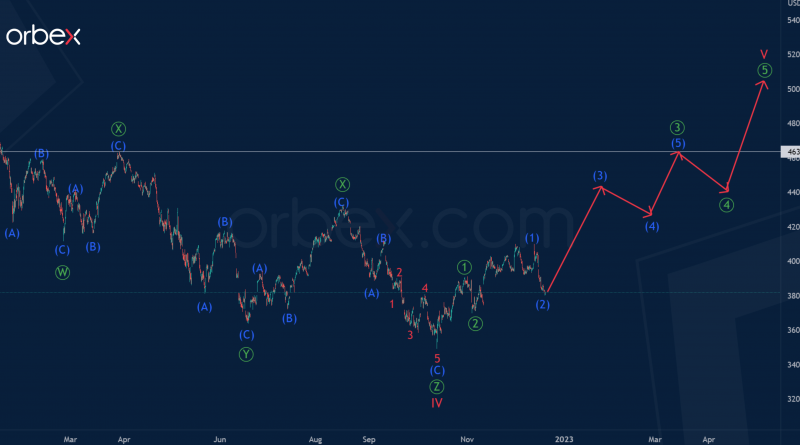 SPX500 seems to be forming a large impulse trend, which is marked by five sub-waves of the cycle degree I-II-III-IV-V. 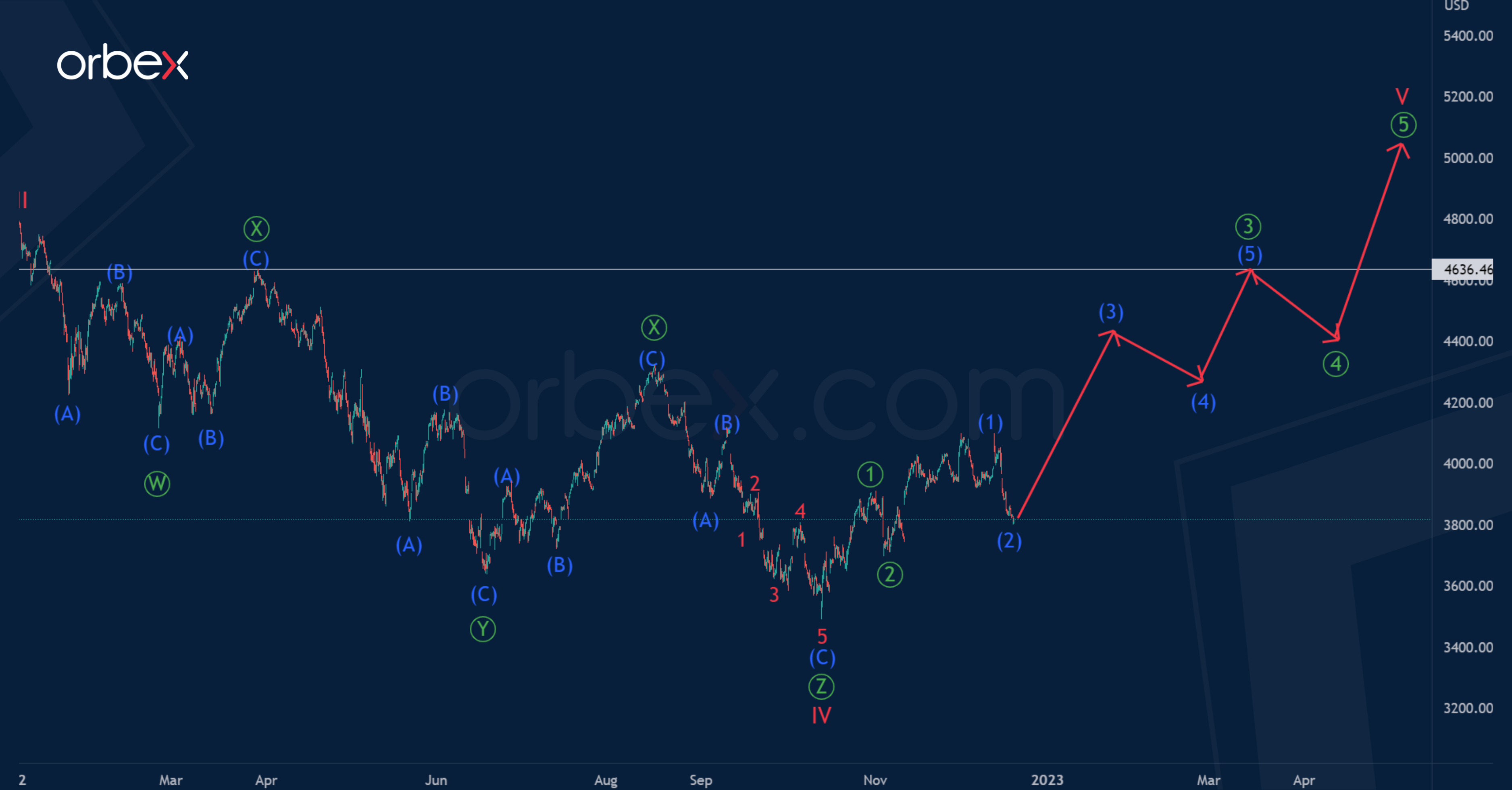 Perhaps the first three parts of the impulse pattern are fully completed, and there is a possibility that the cycle correction wave IV has also come to an end. It looks like a triple zigzag of the primary degree.

Thus, in the near future, the price may start moving up above the maximum of 4636.46 within the final cycle wave V, which will take the form of a primary degree impulse, as shown on the chart. 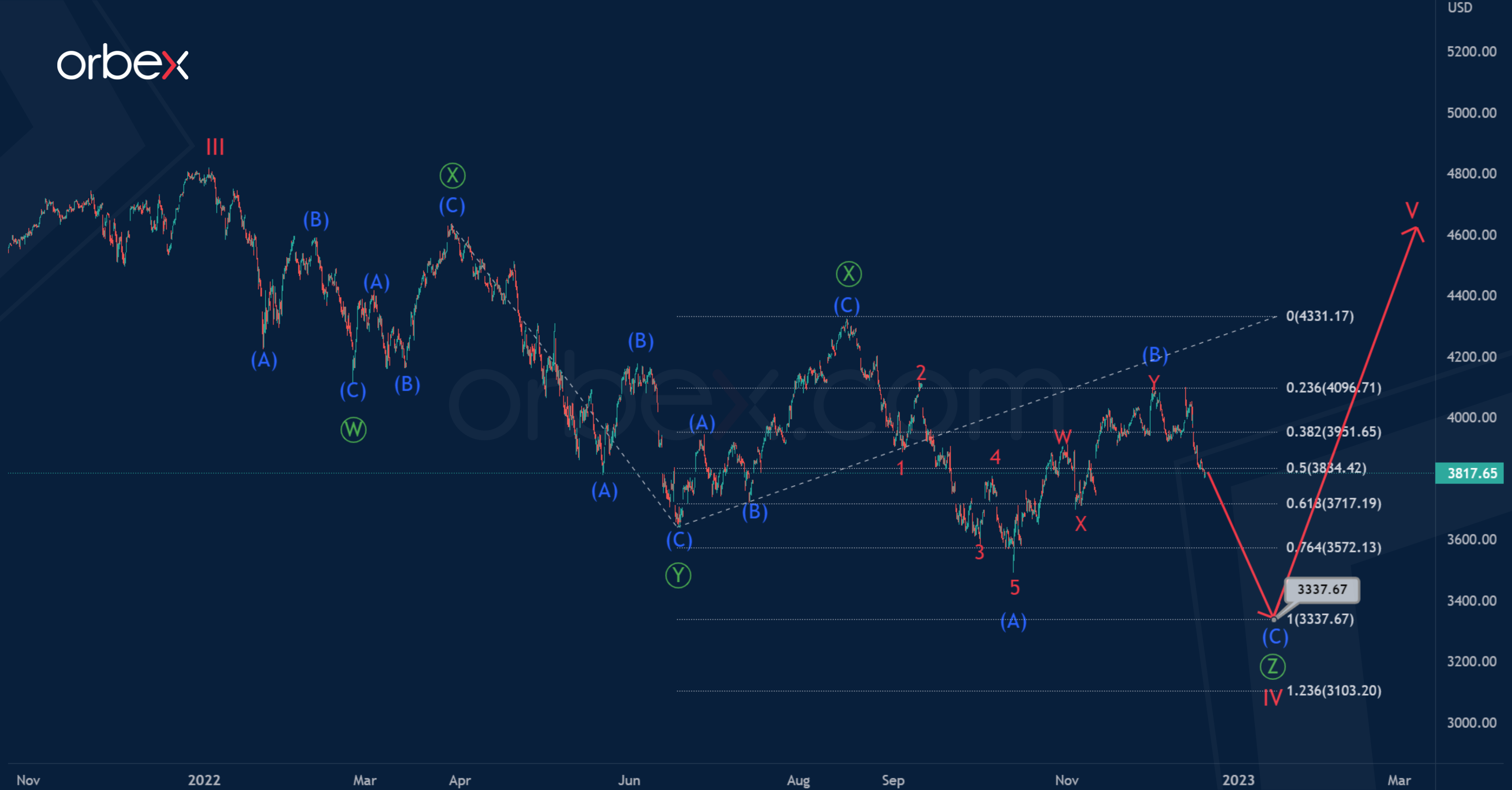 In an alternative scenario, we consider the probability that the actionary wave will tend to equality with the wave.

Market participants may expect a drop in SPX500 to 3337.67. At that level, sub-waves and will be equal. Only after reaching the specified level, the price may turn around and start an upward movement. To complete the wave, a bearish impulse wave (C) of the intermediate degree is needed.

An approximate scheme of possible future movement is shown by trend lines on the chart.