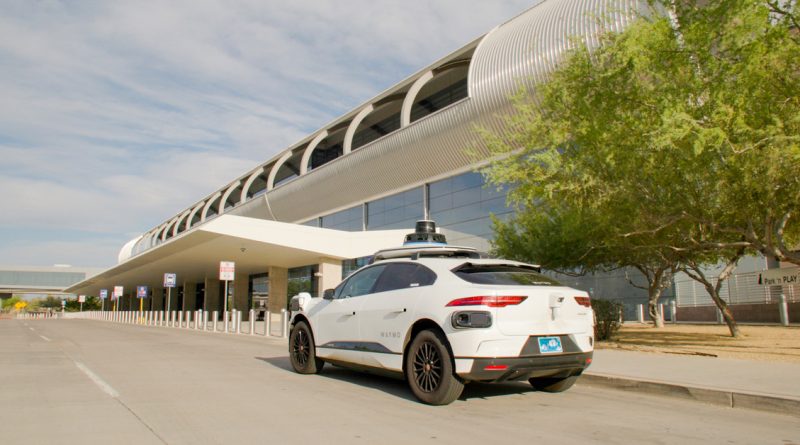 Waymo is sending its fully driverless cars to handle some of the trickiest types of passenger pickups you can muster: airport trips. The company announced that customers flying in and out of Phoenix’s Sky Harbor Airport will now be able to hail one of the company’s “rider only” vehicles, a sign that the Alphabet company is willing to take on more risk as it seeks to bolster the case for a fully autonomous taxi service.

Waymo is also expanding the size of its service area in both Phoenix and San Francisco as it seeks to send the message that despite all the recent dour headlines about the future of autonomous vehicles, its robotaxi business is still going strong.

“No waitlist, no NDAs, no hours restriction, 24/7 service,” said Waymo product chief Saswat Panigrahi in a briefing with reporters. (Panigrahi’s references to hours restrictions is a subtle swipe at rival robotaxi service Cruise, which is restricted to operating its fully driverless cars in San Francisco only at night.)

“No waitlist, no NDAs, no hours restriction, 24/7 service”

Of course, Waymo is not without its own restrictions. The company is still waiting to get the final approval from the California Public Utilities Commission before it can begin to charge for rides in its rider-only vehicles in San Francisco. As such, Waymo is only offering unpaid rides to certain members of the public, as well as employees and their guests, in its driverless vehicles.

Permitting aside, the length of time it takes for Waymo to go from testing to commercial operation is shortening, Panigrahi said. For example, it took three years to go from limited testing to rider-only trips in Chandler, Arizona, while in San Francisco, it took about a year and, in downtown Phoenix, six months. This bodes well for the company’s efforts to scale up its business beyond just the two cities in which it operates, Panigrahi argued.

“If you look at our specific milestones, things are accelerating,” he added.

Waymo’s service area in downtown Phoenix is “more than doubling” to 41.2 square miles, while the company’s fully autonomous vehicles are covering a 46.5 square-mile area in San Francisco. Customers of the Waymo One ridehail service can summon one of the company’s vehicles to travel within a 36-square-mile area in the city. Waymo provided maps of its service areas in each city.

But the business of operating a robotaxi service will remain difficult so long as there are restrictions to where the vehicles can travel. Human-driven services like Uber and Lyft have no such limitations. And customers can be fickle, quick to switch to another service that promises shorter wait times and fewer limits on where they can travel.

Panigrahi said that the company is prepared to deal with this myriad of challenges, especially as it enters increasingly competitive spaces like the Phoenix airport. “There can be spikes,” he said. “We have some preparatory plans in place. There are definitely assets which we can bring to bear much quicker if the demand does exceed initially planned supply.”