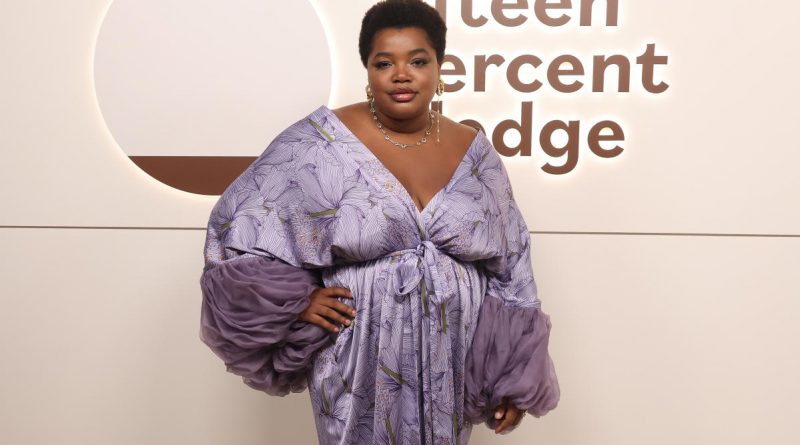 Vogue editor Gabriella Karefa-Johnson is sharing how fatphobia played a role in the public’s response after she came under attack by Kanye West.

The fashion publication’s global editor-at-large made headlines after attending the debut of West’s YZY SZN 9 show in Paris on Monday. After the show, she took to social media to critique the rapper’s incorporation of “White Lives Matter” shirts in the collection. West was also wearing one himself.

Karefa-Johnson called the use of the slogan “deeply offensive, violent and dangerous” in an Instagram Story, adding, “As we all work through the trauma of this moment, especially those of us who suffered in that room, let’s have some grace for one another.”

West followed her remarks with posts on his own page mocking Karefa-Johnson’s appearance. Although they’ve since been deleted, the editor herself shared that the commentary on her looks hasn’t stopped.

“I’ve fielded some serious volatility over the last couple days but nothing has been quite as bad as what people have said about my body and the way I look. The fat phobia JUMPED out,” she wrote alongside a photo of herself during Paris Fashion Week. “Yes, I am fat. No, I am not humiliated to show up as my authentic self in the world.”

While West tried to undermine Karefa-Johnson’s authority as an industry expert by mocking her style and captioning one of his since-deleted posts “This is not a fashion person,” plenty of people came to her defense. Model Gigi Hadid also responded to a screenshot of a text conversation that West posted calling him “a bully and a joke.”

On Tuesday, Vogue posted support for Karefa-Johnson, acknowledging that she was “personally targeted and bullied” by West.

“Now more than ever, voices like hers are needed and in a private meeting with Ye today she once again spoke her truth in a way she felt best, on her terms,” the caption continued.

West also addressed his private meeting with Karefa-Johnson, calling the editor “my sister” in an Instagram caption.

“WE APOLOGIZED TO EACH OTHER FOR THE WAY WE MADE EACH OTHER FEEL WE ACTUALLY GOT ALONG AND HAVE BOTH EXPERIENCED THE FIGHT FOR ACCEPTANCE IN A WORLD THAT’S NOT OUR OWN,” he wrote. “SHE DISAGREED I DISAGREED WE DISAGREED.”

Karefa-Johnson assured followers and readers that “I will always speak my mind, and always try to honor my truth,” while sharing her gratitude on her Instagram Stories for an outpour of support.

In her latest feed post, she also shared some insight on her relationship with her body in order to combat the negativity that’s come her way.

“I love this photo from the @balenciaga show because it captures something I’ve worked hard to achieve (and sometimes still fail at doing) loving and feeling myself, and supporting designers that don’t make bigger bodies bend to them,” she wrote. “Thank you @chopovalowena for making fashion that serves so many different body types— I looked and felt amazing in this dress. Thank you @mrstreetpeeper for capturing the vibes!”

She added, “To my fellow fat sisters and brothers, put that lil dress on, grab your miniskirts: We ride at dawn!”