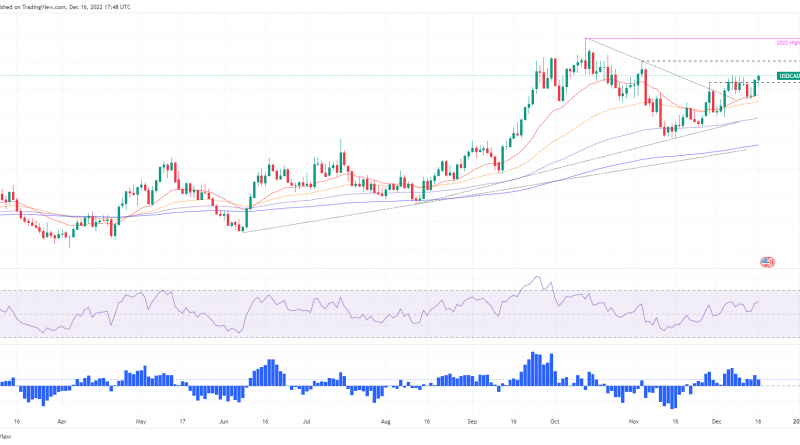 After hitting a daily low of 1.3617, the USD/CAD climbs toward the 1.3700 figure in the North American session after the US Federal Reserve (Fed) decided to raise rates by 50 bps last Wednesday and sparked recessionary woes. Therefore, the USD/CAD is trading at 1.3684, above its opening price by 0.16%.

Sentiment remains downbeat as US equities tumble. The Federal Reserve’s tightening cycle is finally catching up with the economy after several data released during the week pointed to an economic slowdown in the United States (US). On Friday, December’s S&P Global PMIs figures were worse than expected, reigniting recession fears.

Before the Fed’s decision, inflation in the US eased from 7.7% YoY to 7.1%, while core figures cooled down to 6% YoY from 6.1% in the previous month. Although the US Fed Chair Jerome Powell welcomed the news, he insisted that inflation is high and that the Fed still has some ways to go.

On Thursday, after the Fed’s decision, Retail Sales were the next piece of the puzzle that signaled that, indeed, the US economy is decelerating, dropping 0.6% MoM vs. estimates of 0.1% contraction and trailing October’s 1.3% increase. Also, Manufacturing Indices revealed by the Philadelphia and New York Fed pointed to worsening conditions, implying that the US is headed into a recession.

However, not everything was negative. The labor market is yet to feel the effects of the US central bank policies. Initial Jobless Claims for the last week rose by 211K despite estimates of 230K, revealing the strength and robustness of today’s labor market.

Given the fundamental backdrop and the lack of tier 1 Canadian data, the USD/CAD is driven by the US Dollar’s dynamics. The USD Dollar Index, a gauge of the buck’s value against a basket of peers, rises 0.01% at 104.591, a tailwind for the USD/CAD. In the meantime, and due to the linkage of the Loonie (CAD) with oil prices, Western Texas Intermediate (WTI) is dropping 1.74%, down to $74.91 per barrel, weighing on the CAD.

Of late, it should be said that Fed officials have been crossing newswires. The New York Fed President Joh Williams expects rates to peak at around 5% to 5.50% in 2023. He added that supply chains are improving, though his base case is that the economy would not fall into a recession. Later, the San Francisco Fed President Mary Daly said that everyone at the Fed expected rates to be held for all of 2023, and added that she does not know why the markets are so optimistic about inflation.

The USD/CAD remains upward biased, though unable to crack the 1.3700 figure so far. Break above will open the door for further gains, eyeing the November 3 daily high at 1.3808, ahead of the YTD high of 1.3977. Oscillators like the Relative Strength Index (RSI) and the Rate of Change (RoC), suggest that upward pressure is mounting, so buyers might be preparing to assault the 1.3700 mark before the weekend. As an alternate scenario, the USD/CAD first support would be the day’s low at 1.3617, followed by 1.3600. 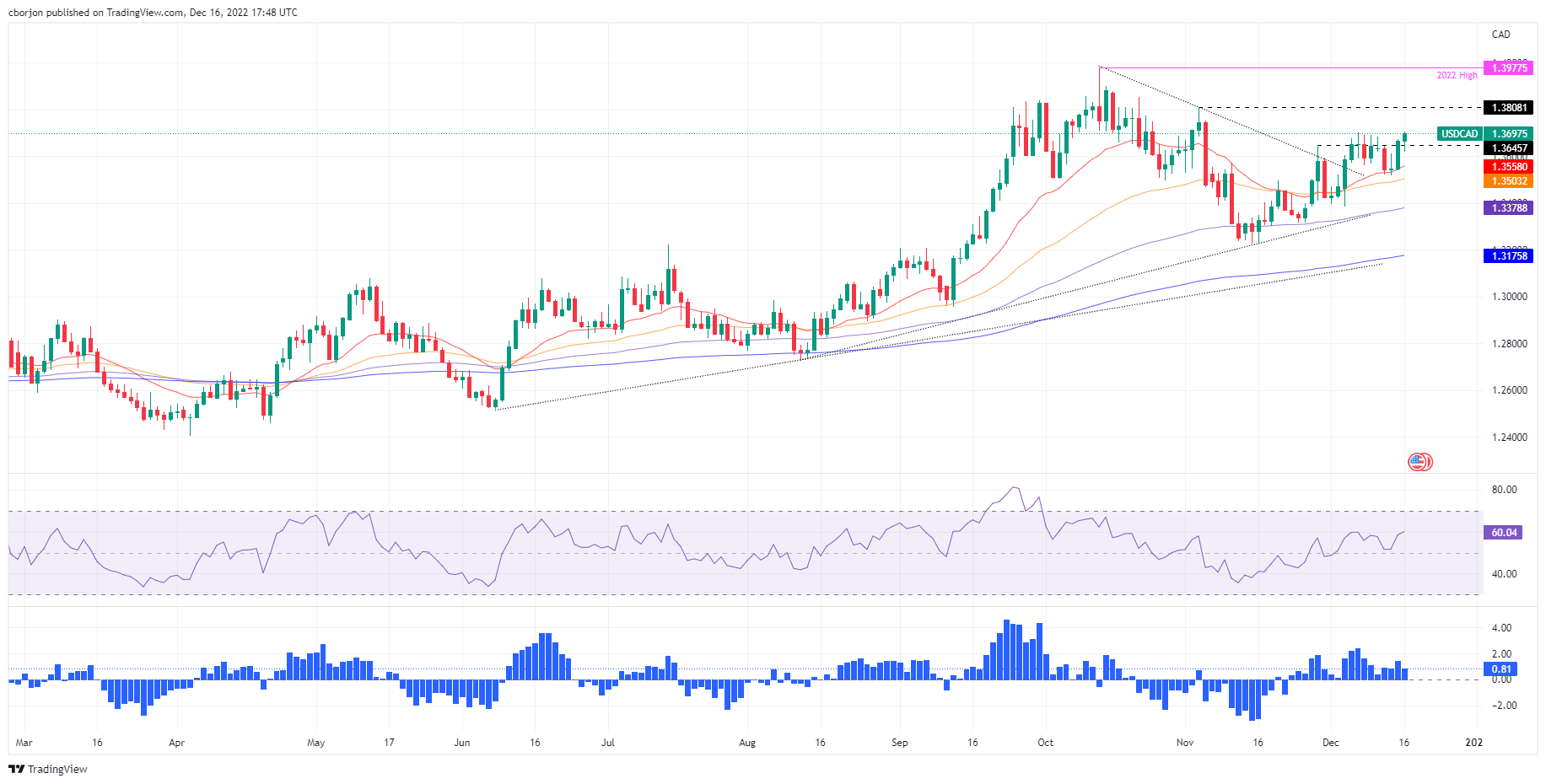