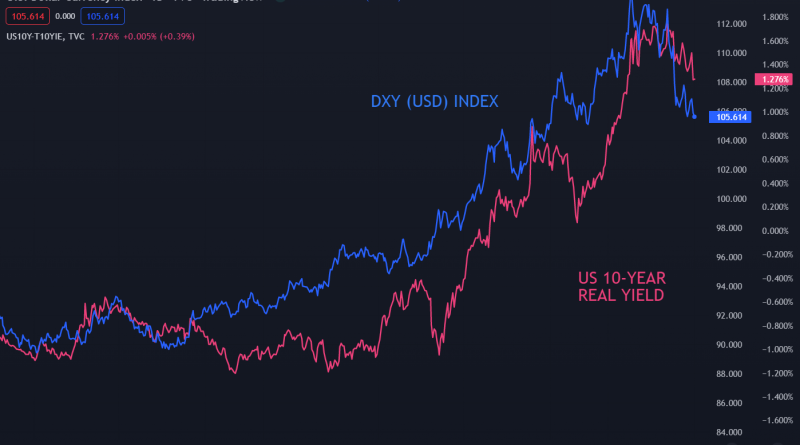 The US Dollar is on the back foot again after comments from Federal Reserve Chair Jerome Powell was interpreted as a dovish tilt by markets.

Treasury yields in the 2- to 10-year part of the curve dropped around 15 basis points. The 1-year note is unchanged.

At the same time, market-priced inflation expectations fell beyond the 2-year tenor, and this saw real yields slide as a result. The 10-year real yield dropped 23 basis points to further undermine the ‘big dollar’.

On the face of it, Powell’s comments appeared to be in line with many of his co-board members at the Fed. That is, rate hikes will keep coming but not at the jumbo size that they have been lifted by previously. Nonetheless, he reiterated that rates will be going higher.

Specifically, he said, “the time for moderating the pace of rate increases may come as soon as the December meeting.”

Short-term interest rate markets had already factored this in with a 50 bp hike at the December conclave. This had been priced in before and after Powell’s comments and before last month’s Federal Open Market Committee (FOMC) meeting. It continues to do so now.

Mr Powell also said, “Given our progress in tightening policy, the timing of that moderation is far less significant than the questions of how much further we will need to raise rates to control inflation, and the length of time it will be necessary to hold policy at a restrictive level.”

It appears that the market wanted to hear what they wanted to hear, regardless of what was said. The growth-linked currencies of AUD, CAD, NOK and NZD saw the largest gains in the aftermath.

US data was mixed overnight but US GDP was slightly better than expected at 2.9% year-on-year to the end of the third quarter rather than the 2.8% anticipated.

Core PCE, the Fed’s preferred measure of inflation, also nudged above the 4.5% forecast, coming in at 4.6% quarter-on-quarter to the end of October.

The latest Commodity Futures Trading Commission data shows that speculators are short US Dollars to the tune of US$ 1.8 billion. The US Dollar (DXY) index saw its largest monthly decline since 2010 in November. 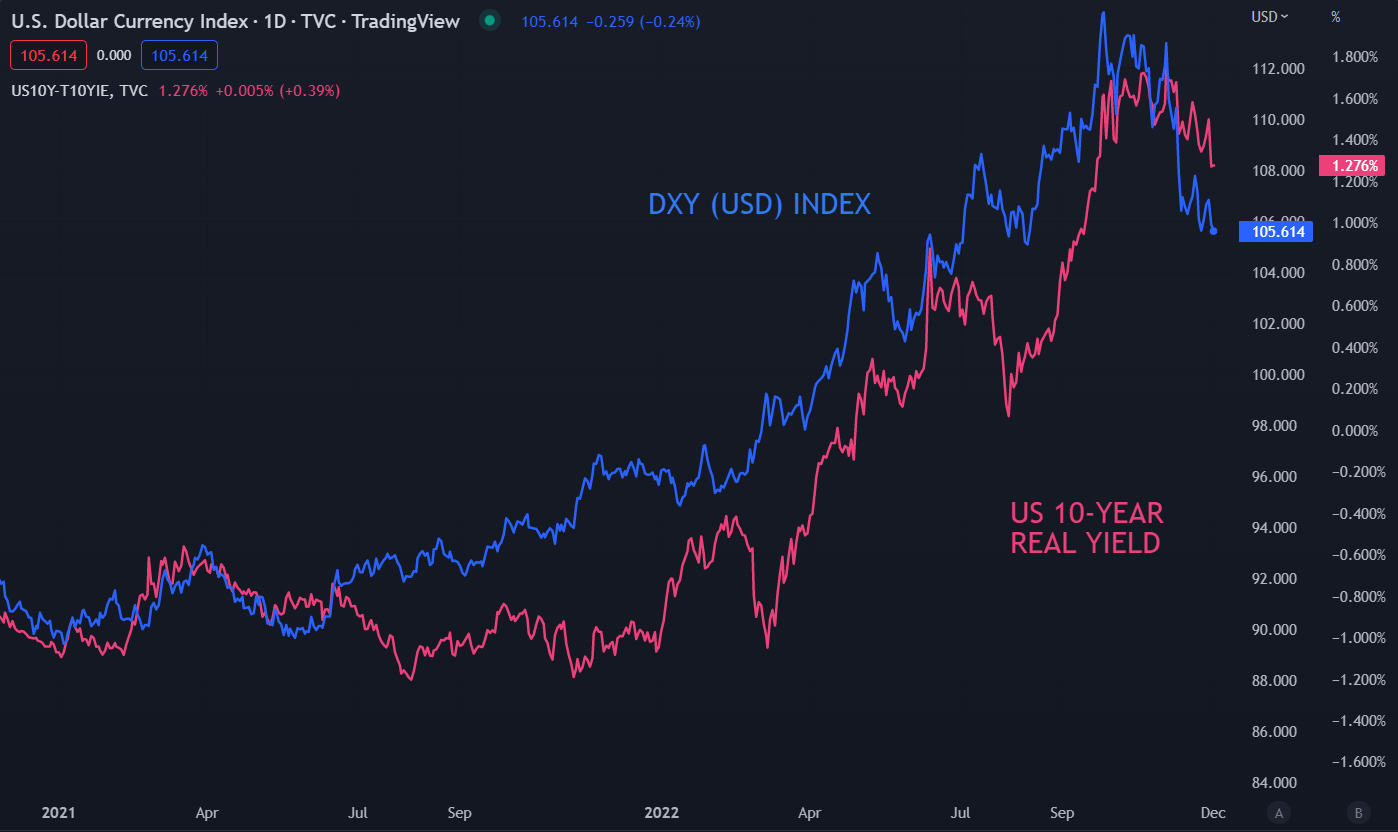