Get Your Free USD Forecast

Markets appear intent of floating the ‘Fed pivot’ narrative at any available opportunity it would seem. Previously, markets began to price in a less aggressive Fed when US CPI was forecast to cool from 8.5% to 8.1% and eventually came in at 8.3%, reminding everyone that the inflation battle is far from over. At the moment, US yields have fallen off in sympathy with longer-term UK gilts which saw yields drop after the Bank of England was forced to intervene and buy up bonds to stave off large-scale margin calls experienced by retirement funds. In addition US Manufacturing PMI data missed expectations while revealing easing in prices paid – showing early signs of abating inflation.

The DXY is often used as a benchmark for dollar performance and has witnessed a steady countertrend move ever since UK and US bond yields moved lower. The chart below overlays the US 10-year treasury yield over the US dollar index chart, showing how closely correlated the two markets have become.

DXY and the US 10 Year Treasury Yield (purple) 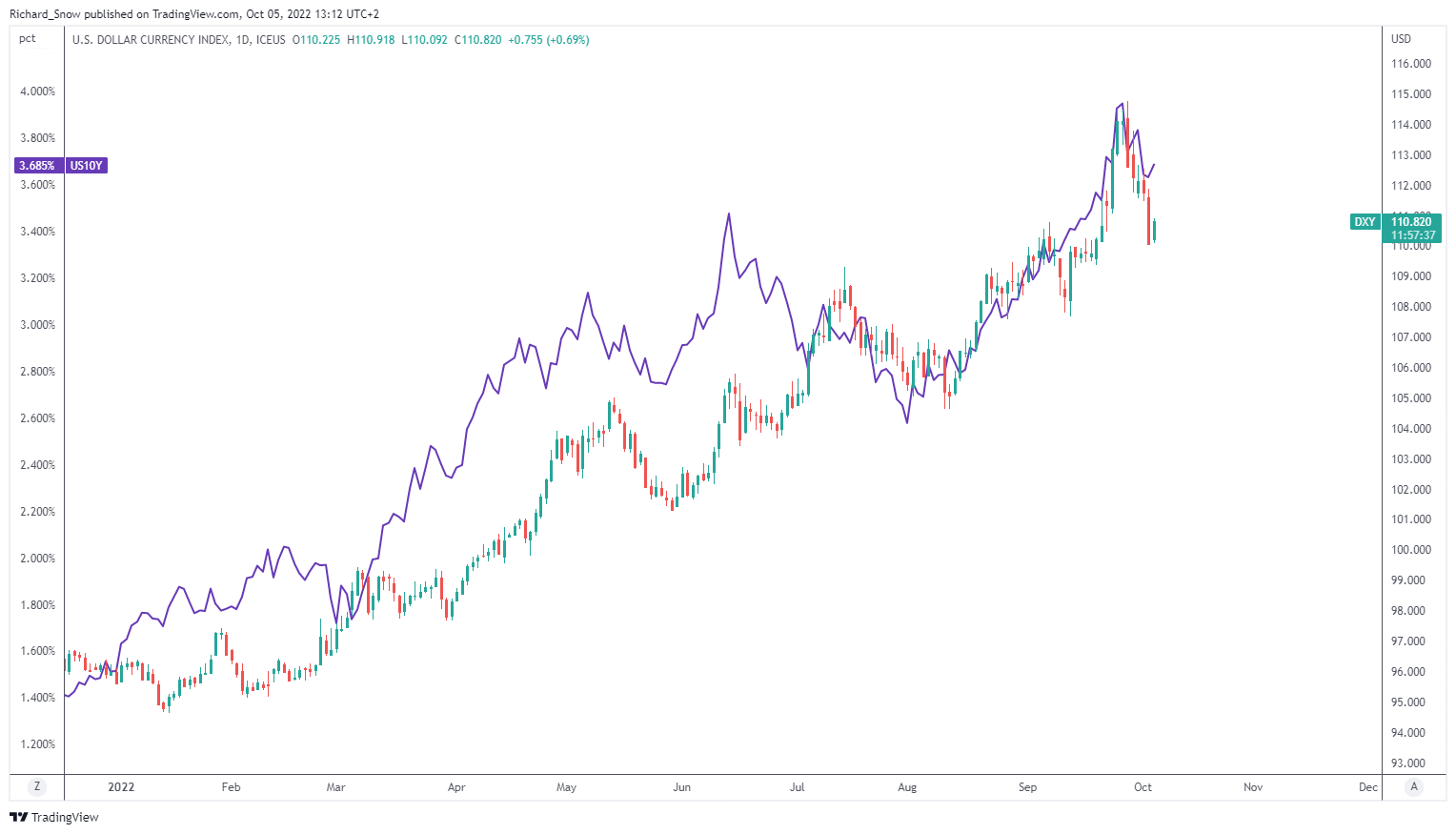 Lower yields have contributed to a dollar repricing, which was helped yesterday by a sizeable drop in the JOLTS data – reflecting the loss of more than 1 million job openings in the US – something the Fed has been waiting to see.

The Fed had made numerous mentions that an unemployment rate of 4.5% is not unreasonable considering the pace of rate hikes. We look ahead to Friday’s NFP data where 250k jobs are anticipated to have been added to the US economy in September, however, a miss in the data could compound the bearish USD move seen after the JOLTS data and; market participants may add to the speculative notion of a ‘Fed pivot’ or at least some stalling.

Taking a look at the daily DXY chart, the recent sell-off has met a fair bit of resistance ahead of the ascending trendline and right on the 110.30 zone of support (prior resistance). With markets as reactive to data as they have shown to be, high impact US data towards the end of the week may influence short-term direction. If the selling is to continue, the prior high of 109.30 becomes the next crucial level support as a test and break below this level would coincide with a move below the ascending trendline acting as support. Until that happens, the long-term bull trend remains intact – meaning the recent decline could simply be offering more attractive areas to rejoin the long-term trend for USD bulls. 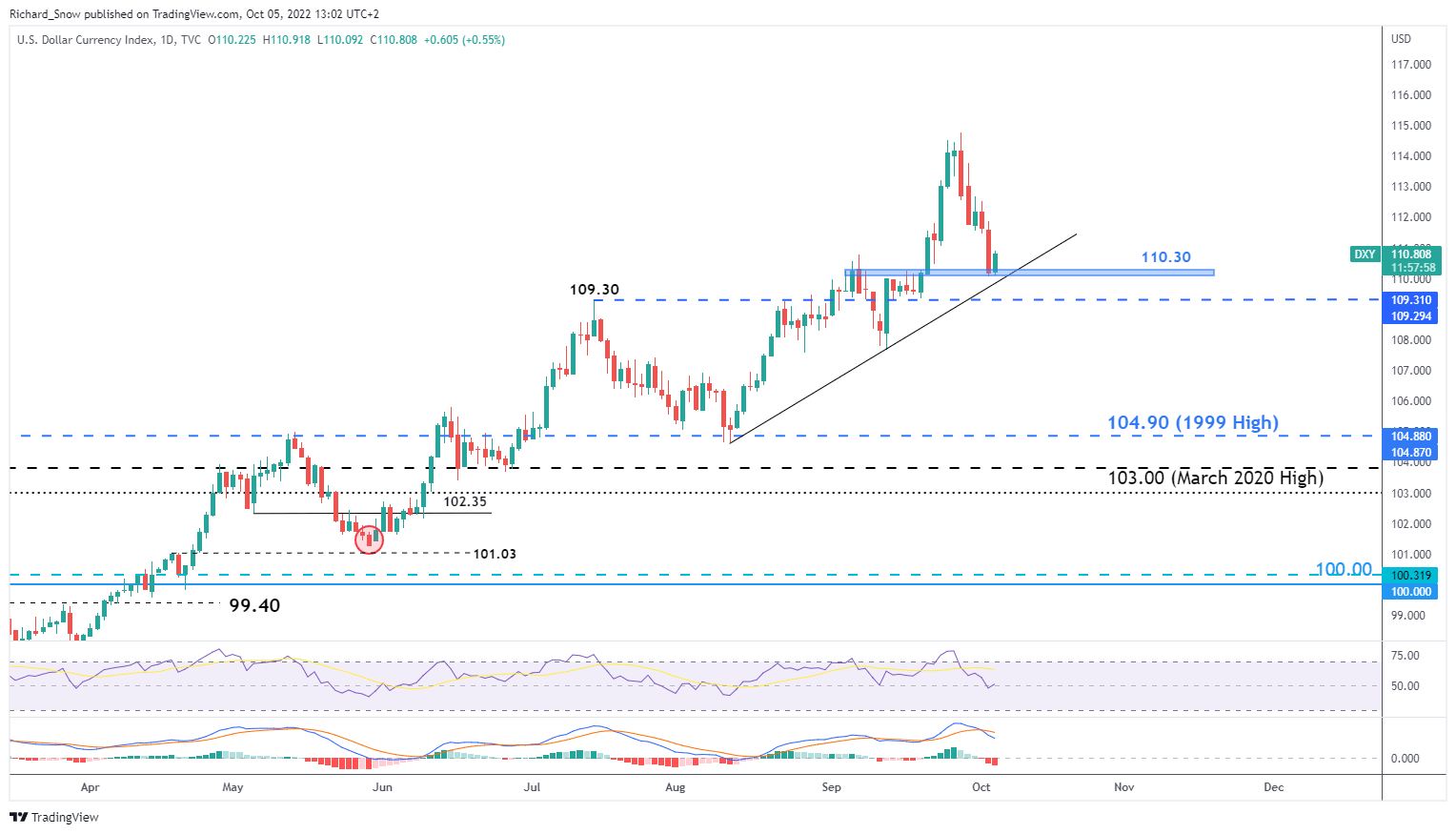 US services ISM is likely to gain attention given that the largest declines in job openings were shown to have taken place in the services sector and it represents the largest sector in the US economy. US NFP data rounds up the week.