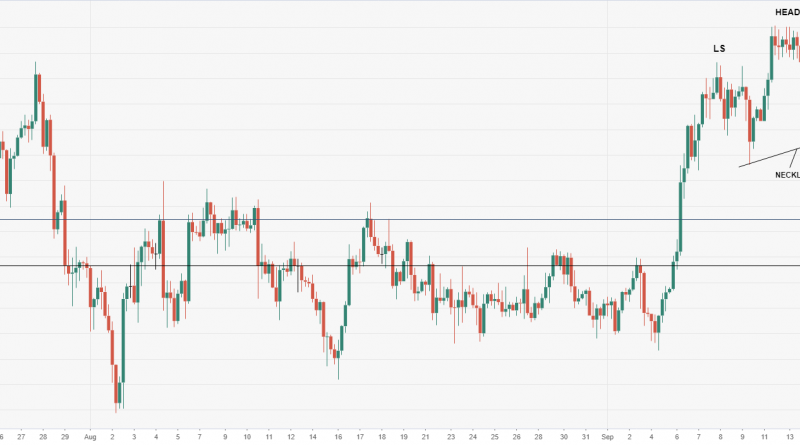 The GBP/JPY drops for the four consecutive trading session, down by 0.86% on Friday, after Wall Street finished the last trading day with losses between 0.45% and 0.90%, spurred by a dismal sentiment. In the FX complex, safe-haven peers rose, except for the greenback, which finished unchanged. At the time of writing, the GBP/JPY is trading at 163.24, as Wall Street’s close.

From a daily chart perspective, the GBP/JPY is neutral biased, after sliding below the 55-day EMA. It’s worth noting that the cross, tumbled below the August 17 daily low at 163.55, opening the door for further losses. Even though, the GBP/JPY reached a daily low at around 162.73 and failed to stick below 163.00, the bias shifted to neutral-downwards.

Therefore, the GBP/JPY first support would be the 163.00 psychological level. A breach of the latter will expose the September 16 cycle low at 162.73, followed by the head-and-shoulders target at 162.30.