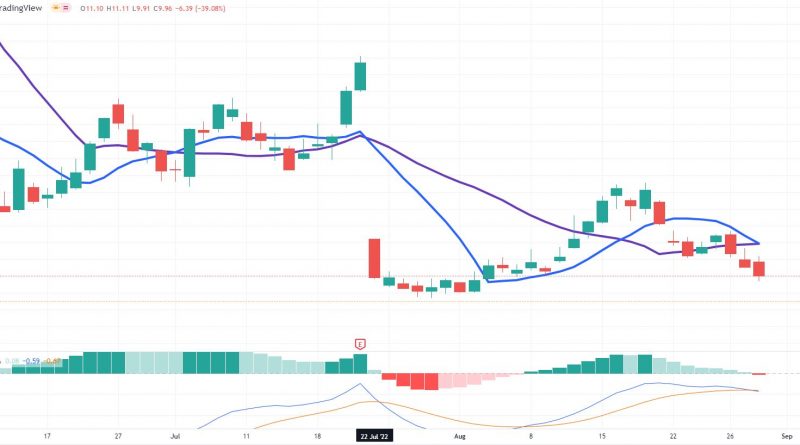 UPDATE: SNAP stock has surprisingly rallied in Wednesday’s premarket after shedding more than 7% earlier on. A mystery buyer suddenly began buying up shares in the half hour before the session opened. Suddenly the stock that was trading earlier in the session at $9.25 is now trading up 13.5% at $11.27. Could this be the company exercising some of its discretion to use the $500 million it allotted for stock buybacks mentioned on its last earnings call? Benchmark lowered its price target from $15 to $12 earlier this morning but retained its Buy rating.

Snap (SNAP) stock has lost 7.6% in Wednesday’s premarket to trade at $9.25. Two separate news items that are somewhat related combined to give the market a more dour outlook on Snap’s future. Essentially, Snap is in the midst of downsizing due to poor recent digital advertising sales and an uncertain outlook moving forward. As such it is already losing some of its top talent.

Website The Verge reported Tuesday afternoon that Netflix (NFLX) had swooped in to grab two top advertising executives to help it build out its much-discussed incoming advertising tier. Snap‘s former Chief Business Officer, Jeremi Gorman, and its Vice President of Advertising Sales for the Americas, Peter Naylor, are both jumping ship. This is significant since Gorman for one is actually Snap’s top executive focused on advertising.

Those are not the only faces leaving Snap for greener pastures though. In fact, further news arrived that Snap is letting go of a surprising 20% of its workforce. Layoffs that are significant only happen when business strategy and development are faced with large headwinds.

The layoffs will heavily affect the hardware team, the unit working on in-app games, and the division focused on its social mapping business Zenly. The 1,000-odd employees affected will take Snap’s total workforce down closer to 5,100.

Back in July, SNAP shares tanked 27% after the company refused to offer guidance for Q3 due to “uncertainties related to the operating environment.” At that time Snap CEO Evan Spiegel said the social media company would focus on reducing expenses to compensate for lower ad revenue projections.

Earlier this month Snap reported acquiring more than 1 million paid subscribers to its Snap+ service, which costs $3.99 a month.

By falling to $9.25 in Wednesday’s premarket, this means SNAP stock has broken through support around $9.40 from late July. Now underneath the 9-day moving average, which itself is dropping below the 21-day moving average, there is only one point of support nearby – $8. That is where Snap stock found support during the height of the covid sell-off in March 2020.

The Moving Average Convergence Divergence (MACD) has also turned over, so expect a steady descent to $8 over the next week or two.