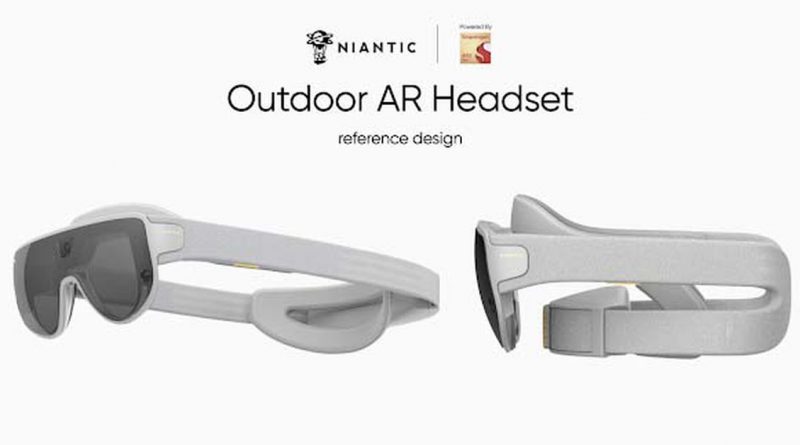 Pokémon Go developer Niantic has unveiled its latest tech demo showing off what it thinks could be the future of augmented reality gaming. The trailer, which apparently depicts “actual headset gameplay” shows a handful of players wearing AR glasses as they interact with shared virtual objects, including game elements as well as more practical virtual signage, while out and about. A couple of the players appear to be interacting with the game using handheld motion controllers, but there’s no sign of anyone needing to directly use a smartphone to play.

The trailer was released to coincide with several announcements made at this year’s Qualcomm Snapdragon Summit. These include a new processor from the mobile chip giant, a new reference headset design from Niantic, and software integration between the two company’s AR platforms. The companies have been longtime AR collaborators, going back to at least 2019.

First is the new chip, the Snapdragon AR2 Gen 1. Qualcomm is no stranger to producing chips designed for VR headsets, but the AR2 Gen 1 is its first designed specifically with augmented reality glasses in mind. That means the focus is on making the chip small and power efficient, with Qualcomm claiming its PCB is 40 percent smaller than what it used in its last pair of AR reference glasses powered by its VR-focused XR2 Gen 1 platform. The AR2 Gen 1 draws less than 1W of power.

Other improvements include 2.5 times better AI performance with 50 percent lower power consumption than the XR2 Gen 1. That said, the XR2 Gen 1 technically isn’t Qualcomm’s highest performance VR chip, having been superceded by the XR2 Plus Gen 1 found in the Meta Quest Pro. The AR2 Gen 1 is designed to be able to split its processing load between a couple of different processors inside the glasses themselves, as well as a wirelessly connected PC or smartphone. Qualcomm says the processor supports the new Wi-Fi 7 standard (aka 802.11BE) for connectivity, and claims that latency between the glasses and a host device can reach below 2ms.

Although Qualcomm has its own reference AR glasses design for its latest chip, the Snapdragon AR2 Gen 1 also powers Niantic’s new reference design for its Outdoor AR Headset, Niantic’s Maryam Sabour confirmed onstage during Qualcomm’s presentation. The new headset can be seen in use alongside older headset designs in Niantic’s new trailer. Qualcomm says other manufacturers looking to use the chip include Lenovo, LG, Nreal, Oppo, TCL, and Xiaomi.

Finally there’s the news that Niantic’s Lightship Visual Positioning System (VPS), its software platform that forms the basis of its worldwide augmented reality titles like Pokémon Go, will be integrating with Qualcomm’s Snapdragon Spaces VR and AR developer platform from next year. Lightship VPS is what allows virtual items in Niantic’s games to be placed by one player, and remain persistent for another player to encounter. Although it’s currently only available on mobile phones, integrating with Snapdragon Spaces will allow Lightship VPS to run on headsets, Niantic’s Maryam Sabour confirmed onstage.

It’s now been over six years since Niantic’s Pokémon Go took the world by storm, but despite releasing lots of flashy tech demos, none of its other titles have managed to have the same impact. Hopefully sleeker AR glasses could help recapture some of that magic if these designs actually make it into consumer-focused devices.