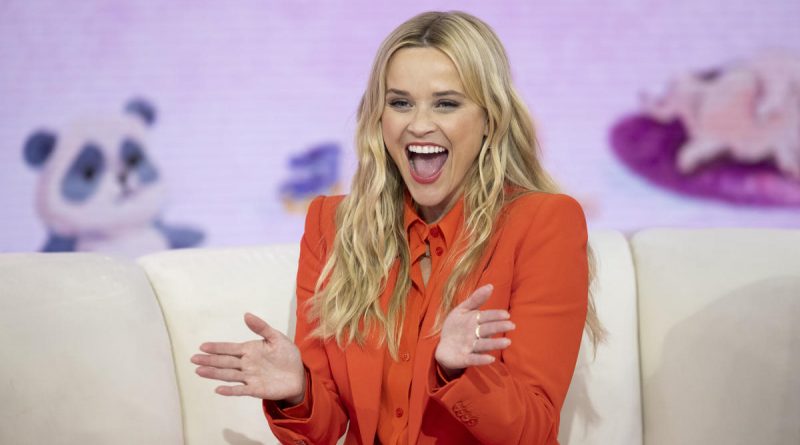 Reese Witherspoon shared her struggles with self-doubt and the drawbacks of perfectionism in a recent interview with Adam Grant for the Re: Thinking podcast.

During the interview, Witherspoon explained that she is by no means immune to impostor syndrome, revealing that it almost caused her to walk out on Walk the Line, for which she won her first Oscar.

“I had to sing. I had to perform instruments that I had to learn how to play. Every day, I wanted to quit. Every day I had a pit in my stomach thinking, ‘I’m going to be terrible, I’m going to have to get up on the stage in front of hundreds of people, and I’m going to sound awful, or I’m not going to be able to do it,’ and I tried every way. I called my lawyer. I was like, ‘Get me out of this.’ I told the director ‘I can’t do it anymore,'” she said. “I wanted to quit. Seven months of rehearsals and probably every day I mean, I cried so much during rehearsals. I was just scared, scared about not being good enough.”

Eventually, though, Witherspoon says she realized that the fear of not being good enough was ultimately holding her back.

Still, Witherspoon has experienced her fair share of rejection throughout her career.

“I was auditioning for really important parts from the time I was 14 to 25 and that feeling of I’m going to try and I’m going to accept the rejection … I lost so many parts,” she said. “I wanted that part so bad. I didn’t get it. It was a movie that Drew Barrymore did. And Drew is a friend of mine!”

But those same rejections became the building blocks of Witherspoon’s self-esteem.

“It was good, because I learned that just because I wasn’t right for it didn’t mean I wasn’t good enough. So lots of failure, you know, helped structure who I am and my self confidence,” she said.

Instead of viewing her industry peers, such as Barrymore, as competition, Witherspoon drew inspiration from the other women in Hollywood carving out their own lanes in the entertainment industry, citing them as a source of inspiration for her ventures behind the camera.

Witherspoon’s media production company, Hello Sunshine, which was recently acquired for $900 million, was a testament to her quest for actionable change in the entertainment industry.

“If you don’t like the way an industry looks, particularly when you’ve risen to the place that I got to when I started my company, there’s a responsibility there to leave the business a better place than the way you found it,” she said.

Accepting failure as a part of the process has also allowed her to take more risk, she said, admitting that she is not a fan of rules, preferring to do things unconventionally.

“I’m nonconformist. When people set a rule for me, I feel like ‘Is that really how we have to do it?'” she said, adding that she has been that way since she was younger.

“I inherently will try to find out ‘my way.’ Or if I had a school assignment, it was always like, ‘What is no one else going to do?’ that was always my first thought. ‘What’s the weirdest way I could approach this?’ and that’s just how my brain works,” she explained.

And while she cares deeply about the work she puts out, she also knows when to let go and “push send.”

“Across the board, overall [I am] really not a perfectionist. And I do think it helps to go, ‘I did my very best, everyone here did their very best. Push send. We gotta be done, guys. We got to put down our pencils,'” she said. “You can be crushed by perfectionism. And you have to just, you have to publish at some point.”