The NZD/USD recovers some ground, extending its gains to two consecutive days, amidst a fragile sentiment, with US equities swinging between gains and losses. US economic data shows that inflation remains elevated, pressuring the Fed, while worldwide central banks’ expressions of further tightening weighed in riskier assets. At the time of writing, the NZD/USD is trading at 0.5601, above its opening price by 0.30%.

NZD/USD recovers some ground despite a mixed sentiment

On Wednesday, the US Department of Labor reported that prices paid by producers in September rose, beating estimates, therefore justifying the need for higher interest rates. The headline PPI figure delineated prices increasing at an 8.5% annual pace, while the core PPI, which strips volatile items, jumped 7.2% YoY but below forecasts and Agusts’s 7.3% figure.

US central bank policymakers reiterated that the Fed needs to keep hiking rates. Further reinforcing the case, Minnesota’s Fed President Neil Kashkari crossed wires on Wednesday. He said there’s “tremendous uncertainty about fundamentals of the US economy” while commenting that hiking rates aggressively would allow room to assess the economy. Kashkari added that the foresees rates to peak at around 4.50%.

On the New Zealand side, the Reserve Bank of New Zealand needs to keep the rhythm of its tightening cycle as inflationary pressures remain. Analysts at Westpac noted that they foresee the RBNZ would hike the Oficial Cash Rate (OCR) to 4.5%, with increments of 50 bps in the November and February meetings.

From a daily chart perspective, the NZD/USD remains neutral-to-downward biased. However, the downtrend overextending for a long period and the Relative Strength Index (RSI) exiting from oversold conditions could pave the way for a mean reversion move. Therefore, a move toward the 20-day EMA at 0.5737 is on the cards. On the flip side,  a fall below the YTD low at 0.5534 would open the door to 0.5500. 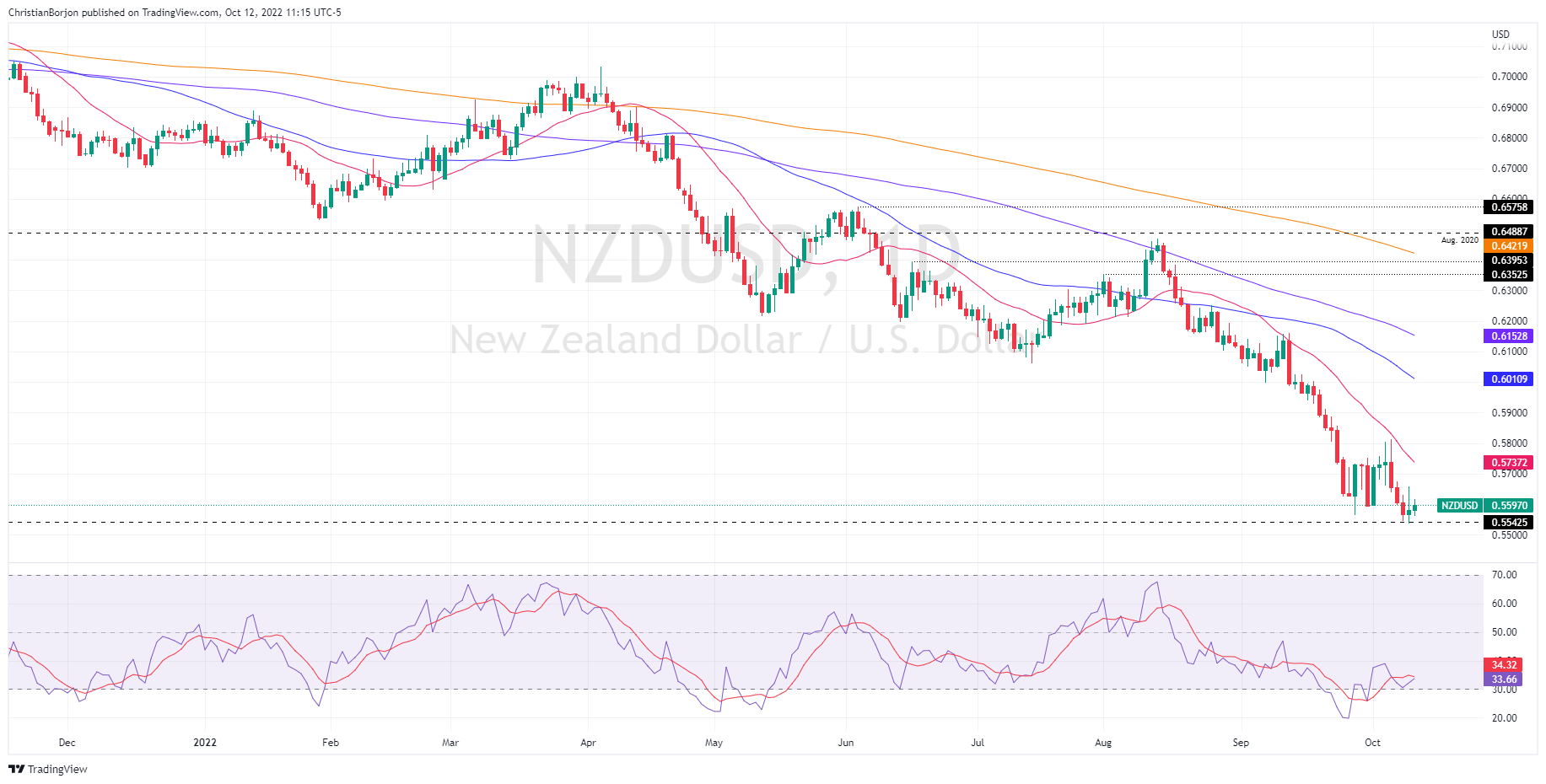