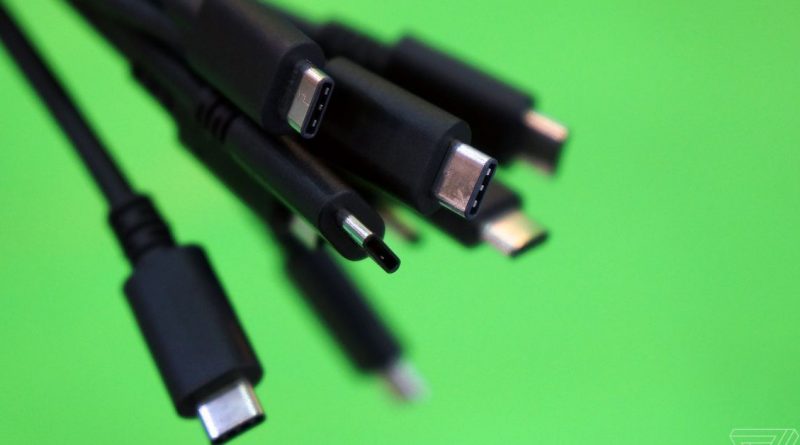 The next version of USB could be one of the fastest connectors we’ve seen yet. The USB Promoter Group says that USB 4 version 2 will be capable of speeds up to 80 Gbps, double what the original USB 4, and even Thunderbolt 4, are capable of.

The actual technical specification from the USB Implementers Forum, which is in charge of the standard itself, hasn’t been released yet, but the details coming out today are a little stunning. The Promoter Group writes in a press release that USB 4 version 2 cables will use the USB-C connector, which is to be expected, but the real bombshell is this line: “Key characteristics of the updated USB4 solution include: Up to 80 Gbps operation, based on a new physical layer architecture, using existing 40 Gbps USB Type-C passive cables and newly-defined 80 Gbps USB Type-C active cables” (emphasis theirs).

Joe Balich, a spokesperson for the USB-IF, confirmed that if I were to go out and buy a USB 4 cable right now that was rated for 40 Gbps, it would be able to do twice those speeds in the future. That is, frankly, extremely impressive. USB has always been good about backward compatibility (and USB 4 version 2 is no exception), but being able to use the same cable and still reap the flagship benefit of the new spec is another level.

Balich didn’t explain how that was technically possible but said that “this benefit was made a requirement when the new specification was developed and the specifics as to how 80Gbps signaling is accomplished will be disclosed once the final specification is released.” That’ll apparently be before the USB DevDays developer events scheduled to happen on November 1st and 2nd in Seattle and November 15th and 16th in Seoul.

According to the USB Promoter Group, which is made up of companies like Intel, Apple, Microsoft, HP, and Texas Instruments, the USB-C and power delivery specs will be updated to “enable this higher level of data performance.” The USB 4 version 2 specification will also apparently include updates that provide better speeds when you’re using USB 3.2 — the promotors group promises over 20 Gbps — as well as improved support for DisplayPort and PCIe since it’ll be using the latest version of those standards (the first USB 4 only let you use DisplayPort 1.4a when “tunneling,” or carrying DisplayPort and USB signals at the same time).

Finally, though, we have to talk about the name. It’s a strange move to label this as just a “version 2” of USB 4 when the leap in speed definitely feels like it’d warrant being called USB 5. The standard has been confusing for a few years now, though — USB 3.2 is actually a few different standards: USB 3.2 Gen 1 (AKA original USB 3.0), USB 3.2 Gen 2, USB 3.2 Gen 1×2, and USB 3.2 Gen 2×2 (which is the full-fat 20 Gbps spec). USB 4 kind of simplified this since it basically had the same specs and capabilities as Thunderbolt 3, but now it seems that we’re going back to a slightly more confusing naming scheme — the cable compatibility could certainly help, but I can certainly see device spec sheets being a bit of a minefield for a while.

Not that we’ll likely have to deal with that anytime soon. The press release says that the update is “specifically targeted to developers at this time,” with final branding and marketing guides (including things like logos) to come later. Still, it’s exciting to see what’s in the pipeline and to imagine being able to transfer a 4K Blu-ray’s worth of data in around five seconds.