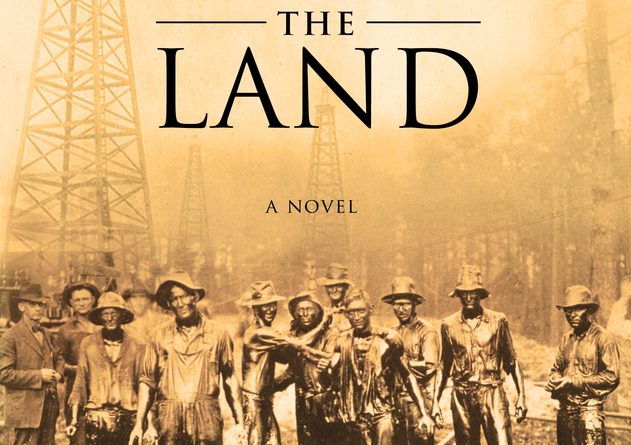 ROCHESTER, NY, August 27, 2022 /24-7PressRelease/ — Does history repeat itself? Can racial violence, illegal drugs, veterans with post-traumatic stress syndrome, and the impact of oil on the economy and environment a century ago inform our understanding of these and related issues today? These questions and more underlie a new book, Look Unto the Land, by award-winning writer George Rollie Adams, historian and former president of The Strong National Museum of Play. The novel—third in the author’s Small Town Race Relations series—explores what happens when love, hate, greed, and thirst for revenge clash in an oil-drenched 1920s Southern boom town. (Adams, author, coauthor, and coeditor of nonfiction books on American history, is a native of the region; his first two novels, South of Little Rock and Found in Pieces, set in Arkansas in the 1950s, received ten independent publishing awards for historical, regional, social issues, and race relations fiction.)

“Adams knows how to tell a good story with memorable characters and evocative locales,” says Celeste Schantz, editor of Mason Street Review. “In Look Unto the Land, he serves up a meaningful tale of loss and love in turbulent times with page-turning style.” The novel is “a riveting story that combines mystery and romance while weaving industrial expansion, environmental degradation, race relations, and associated themes into a masterful tapestry of daily life in the rural South,” adds Susan Asbury, assistant professor of public history at Middle Georgia State University.

Set in fictional Berrytown, Look Unto the Land follows Henry Grant as he returns from WWI and finds his family decimated by violence, death, and debt. He blames it all on one man, aims to make him pay, and follows him from Indiana to southern Arkansas, site of the nation’s latest oil boom, a good place to hide and a hard place to search. It’s overflowing with lease hounds, roughnecks, drillers, bootleggers, and gamblers; crime is rampant; and the Ku Klux Klan is gearing up against booze, prostitution, and Black people. Meanwhile, Mary Dutton, a near-destitute Berrytown widow with a twelve-year-old son, is struggling to survive. She works in a pharmacy where the owners are forcing her to sell marijuana, cocaine, and heroin under the nose of federal agents. Otis Leatherwood, a farmer who is Mary’s uncle, likes moonshine and is unaware of the drug traffic. His problem is with the oil. He believes drilling is ruining the environment, and he’s willing to risk everything to stop it, even though his best friend and Black neighbor Isaiah Watson sees it as a means of escaping bigotry in the South. As Berrytown grows apace and oil blackens the land, each of them faces life-changing decisions.

“The characters in Look Unto the Land move in a world as dark as the oil-field setting, which Adams has researched with astonishing fidelity,” says Gerald George, past director of the American Association for State and Local History. “He so effectively recreates his scenes that reading them leaves you feeling almost drenched in oil. In this book, a little-known period of history comes alive.” History with “deep relevance today,” adds Timothy W. Kneeland, chair of history, politics, and law at Nazareth College.

Look Unto the Land, published by Barn Loft Press, is available in hardcover, paperback, and digital formats from Amazon and other major book outlets. Review copies are available upon request. The book’s ISBN numbers are as follows. Hard cover: 978733366977. Paperback: 9781733366960. E-Book: 9781733366984. For more information, visit: https://georgerollieadamsbooks.com.

Adams is an educator, historian, author, and museum professional. As president and CEO of The Strong National Museum of Play in Rochester, New York, from 1987 through 2016, Adams led the development of the world’s first collections-based history museum devoted solely to the study of play and its critical role in learning and human development and the ways in which play illuminates cultural history. Adams grew up in southern Arkansas, earned a bachelor’s degree in social science education and English from Louisiana Tech University, and taught history for four years at El Dorado, Arkansas, High School while also earning a master’s degree in education from Louisiana Tech. He holds a doctorate in American history from the University of Arizona and is the founding editor in chief of the American Journal of Play; author of General William S. Harney: Prince of Dragoons, a finalist for the Army Historical Foundation’s Distinguished Book Award; and author of the novels South of Little Rock and Found in Pieces, recipients of ten independent publishing awards for historical, regional, social issues, and race relations fiction.