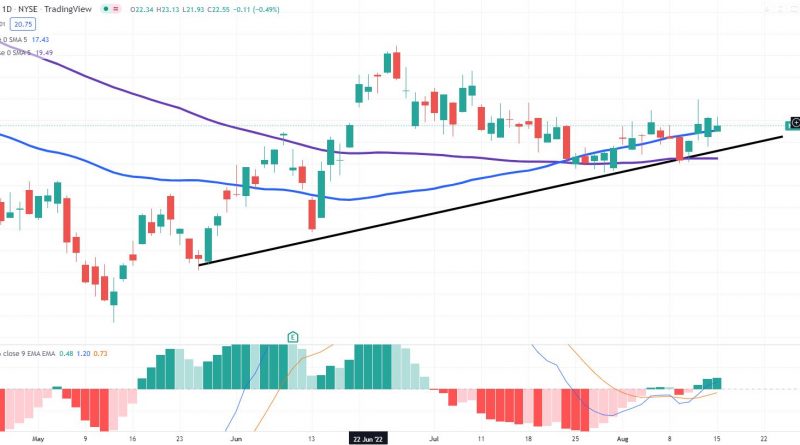 Nio (NIO) stock was on the back foot in Monday’s premarket, losing about 2%, after competitor Li Auto (LI) released earnings that were worse than expected. A loss of just under $96 million for the quarter was about triple the loss from a year ago. Revenue of $1.3 billion also missed consensus estimates from Wall Street.

Nio stock is down 2% after the open on Monday, similar to the premarket, and is trading near $20.70.

The worst part about Li Auto‘s results were the 28,687 deliveries, which amounted to a solid 63% increase YoY. The problem is that management sees the rapid gains seen in the first half of the year leveling off in the second half. Executives said to expect between 27,000 and 29,000 deliveries in Q3. Worldwide EV adoption surged 63% in the first half of 2022 due to high oil prices, but the outlook from Li Auto appears to show that this surge dwindling fast.

Nio stock continues to worry some in the market due to its production delays related to the ET7 model. Analysts say the production delay that recently showed up in a MoM delivery pullback will last into the third quarter.

China made up about half of the global gains in EV adoption during H1 2022, but covid shutdowns have continued to put a damper on the production outlook. Additionally, due to slowing economic data in in the mainland, China cut a key interest rate over the weekend, which has market participants wondering allowed how this will affect the US economy.

NIO stock may be down today, but the chart seems to show the bias is to the upside here. The 9-day moving average crossed above the 21-day average on July 21 and has shown a steady widening. The Moving Average Convergence Divergence (MACD) indicator also shows a bullish crossover on August 11.

NIO stock is also just above the ascending supportive trend line at $19.65, which means the EV maker is unlikely to drop in any major fashion. That bottom trend line has held up since May 25. Nio stock faced resistance between $21 and $22 last week, but expect bulls to make a run at the late June range high just above $24.