The Japanese Yen is steadying into Tuesday’s trading session after an eventful start to the week. The Bank of Japan (BoJ) appear to have been active despite a lack of official confirmation at this stage.

The price action on Friday and again Monday suggests that they have been active sellers of UISD/JPY, supporting the Yen.

The bank is going it alone as they swim against the monetary policy tide of their own making. Their unilateral intervention could end up with unintended consequences.

Estimates of how much the Bank of Japan has loaded in the chamber for direction intervention vary due to the bank not revealing such figures.

Various analysis of wholesale trading platforms estimates that USD 35 – 45 billion has already been spent on the recent rounds of intervention. This would leave less than USD 100 billion of dry powder to arrest the slide of the Yen.

Once the cash at hand is depleted, fixed income assets would need to be sold to fund USD/JPY selling.

In that environment, the selling of US assets may underpin the yields on those assets and possibly drive their returns higher. If the BoJ continue to supress bond yields through yield curve control, this could lead to even wider interest disparity between Japan and the US. In turn, this could further undermine the fundamental backdrop for the Yen.

Ironically, the more that the BoJ intervenes, the more they may eventually cause Yen to weaken. The correlation of higher Treasury yields and USD/JPY becomes apparent when looking at the chart below. 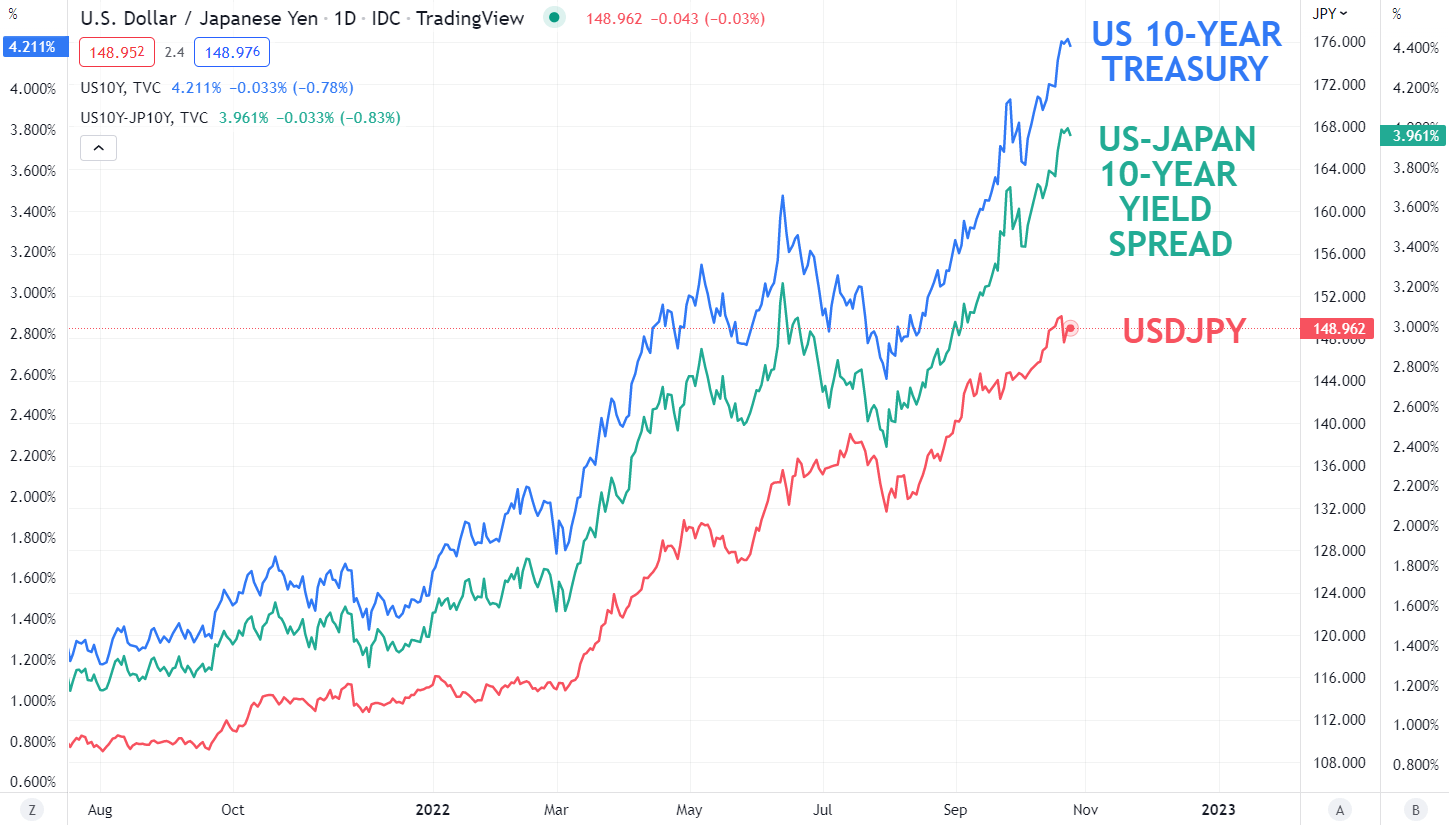 Of course, this scenario could turn around if other central banks were to join to BoJ in their cause.

It seems apparent that this is not the case for now after comments from US Treasury Secretary Janet Yellen overnight. She said, “I’m not aware of any intervention that the Japanese have done, that they’ve indicated that they’ve done.”

Another paradox of BoJ actions is that they have created a degree of uncertainty in USD/JPY by not clarifying their actions.

While they would like that speculators have less confidence in selling Yen, they have increased price volatility, something that they have previously jawboned as undesirable.

For a potential trading strategy to deal with USD/JPY intervention, sign up for DailyFX Guide here.