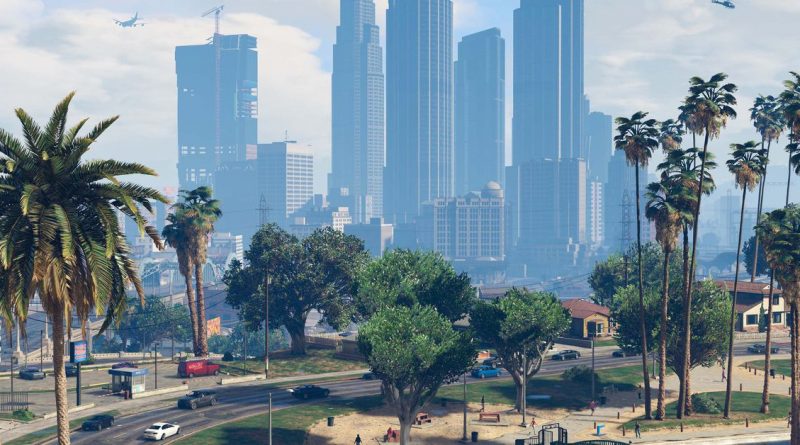 Footage of Grand Theft Auto VI, Rockstar’s next entry in its open-world franchise, appears to have leaked online. PC Gamer reports that a user on the GTA Forums has posted a 3GB file full of 90 videos of GTA VI footage. It’s not exactly clear how the footage was obtained, but the “teapotuberhacker” poster claims to be behind the unrelated Uber hack late last week, and says they may “leak more data soon” including GTA V and GTA VI source code, assets, and testing builds.

The massive leak lines up with some earlier reporting on GTA VI, showing a female playable character in some clips. Bloomberg reported earlier this year that GTA VI would include two female protagonists influenced by Bonnie and Clyde.

The leaked videos are currently being posted to YouTube, Twitter, Reddit, and many gaming forums online. In one video, a playable female character named Lucia is seen robbing a restaurant and taking hostages. There is plenty of placeholder text and you can visibly see where the game engine is detecting objects in the scene.

Another clip shows a playable character on the “Vice City Metro” train, which lines up with reports that the game is set in a fictionalized version of Miami much like 2002’s GTA: Vice City. A separate clip includes a poolside conversation that feels similar to the NPC conversations in Rockstar’s Red Dead Redemption 2.

It’s not clear how old the footage is, but some appears to be running on RTX 3060 Ti and RTX 3080 cards, so the development build can’t be any older than two years. Other clips show new NPC interactions, updated UI and animations, and even Rockstar’s own internal debug tools for GTA VI on PlayStation. While this could be an elaborate fake, the sheer amount of clips and evidence suggest otherwise.

While GTA VI is reportedly at least two years away, these leaked clips likely show early development builds and testing of some aspects of the game. It’s not the first time a Rockstar game has been leaked heavily. Trusted Reviews was forced to donate more than $1 million to charity and issued an apology in 2018, after the site published details about Red Dead Redemption 2 ahead of the game’s launch.

We’ve reached out to Rockstar owner Take-Two to comment on the leak, and we’ll update you if we hear back.