The gold price found support in the chaos emanating from the Bank of England’s decision to intervene in the UK bond market by buying long-dated Gilts.

In Asia today it has eased off a touch but still trades above US$ 1,650 at the time of going to print. A weaker US Dollar and sinking yields underpinned the precious metal.

The only exception has been Japan where the Bank of Japan continues to exert yield curve control (YCC). USD/JPY remains pensive around 144.50. Central banks in Taiwan, Korea and China intervened in some way today.

The US Dollar fell against all major currencies going into the New York close but has clawed back some gains so far today as the market is reassessing the true impact of the BoE’s action.

The Bank of England faces a situation where they want to rein in inflation and at the same time provide financial stability. The former involves raising interest rates at the short end of the curve, while the latter is effectively sinking borrowing costs at the back end of the curve.

The one thing that appears certain in the near term is that central banks are going to be active in several markets,

Crude oil is fractionally softer going into Europe with the WTI futures contract nearing US$ 82 bbl while the Brent contract approaching US$ 89 bbl.

There is a stack of speakers from the European Central Bank (ECB) today while the US will see data on jobs, GDP, inflation and personal consumption. Canada will also get GDP numbers.

How to Trade Gold

Gold remains in a descending trend channel despite yesterday’s 1.91% rally. There is a cluster of break points and recent peaks in the 1677 – 1688 area that may offer a resistance zone.

On the downside, support could be at the recent low of 1615, a Fibonacci extension level at 1602 or at the descending trend line, currently dissecting at 1540. 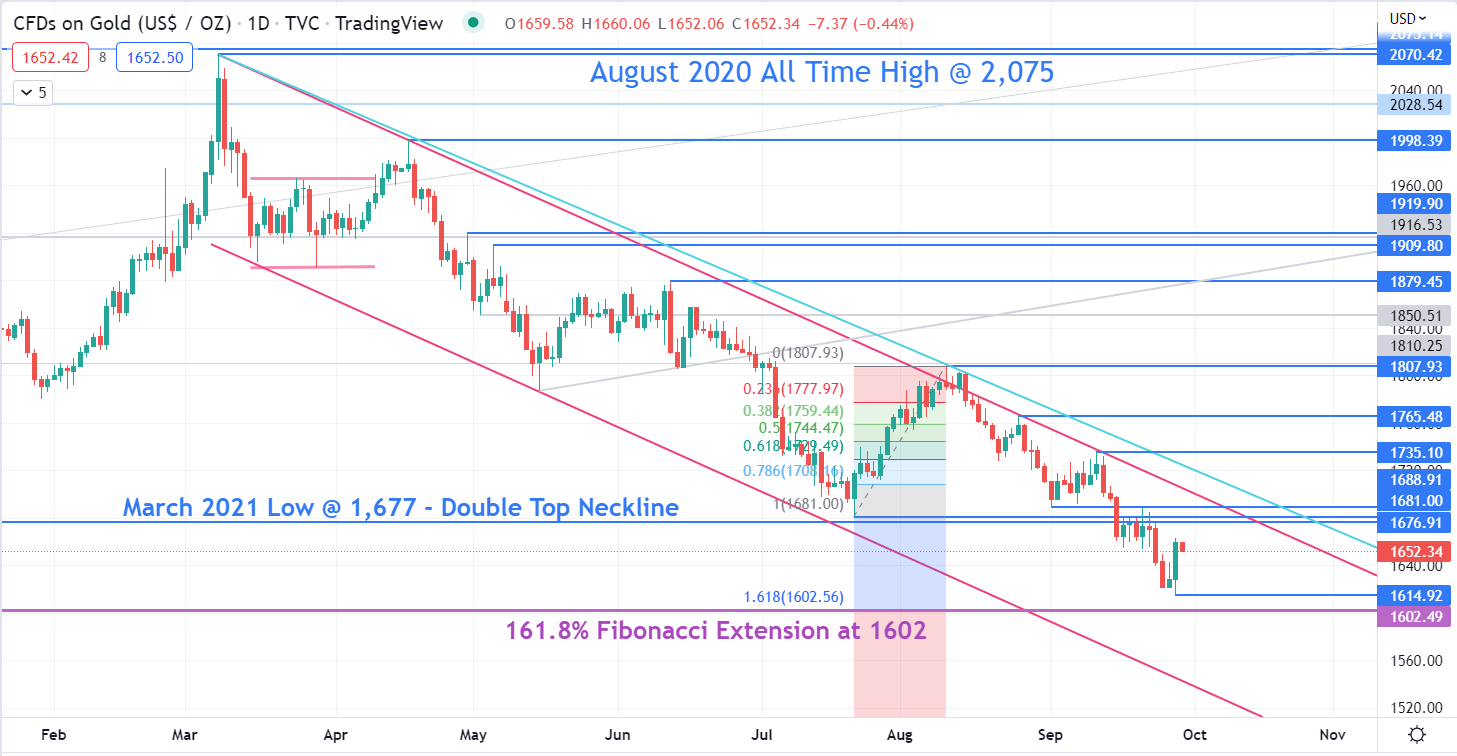