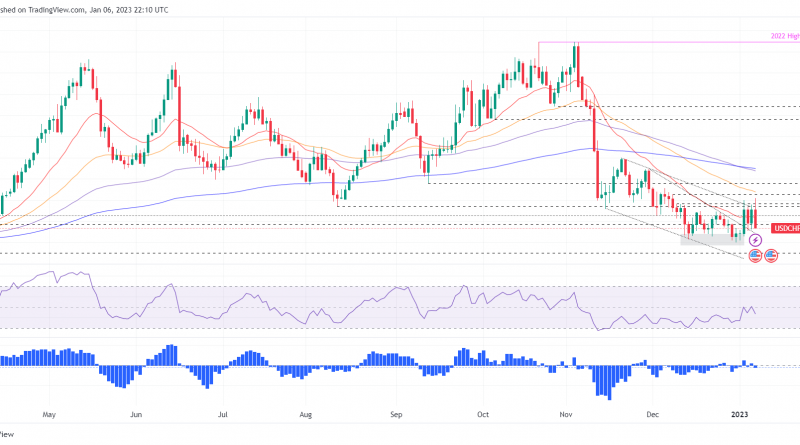 The USD/CHF plunged after hitting fresh weekly highs around 0.9408, plummeting beneath the 0.9300 figure, on mixed US economic data that triggered a sell-off in the US Dollar (USD); therefore, the USD/CHF collapsed. At the time of writing, the USD/CHF is trading at 0.9281.

From a weekly chart perspective, after hitting a weekly high of around 0.9408, the USD/CHF finished the week with gains of 0.45%. It should be said that the week ending on January 6 printed a candlestick with a significant upper wick, meaning that sellers are gathering momentum. With the Relative Strength Index (RSI) extending its fall to bearish territory and the Rate of Change (RoC) aiming lower, the USD/CHF could test 0.9200 in the near term.

The USD/CHF daily chart portrays the pair as downward biased, though consolidating and unable to crack the 0,9200 mark. Following the upbreak of a falling wedge, the USD/CHF failed to gain traction and got trapped around the 0.9250-0.9400 mark.