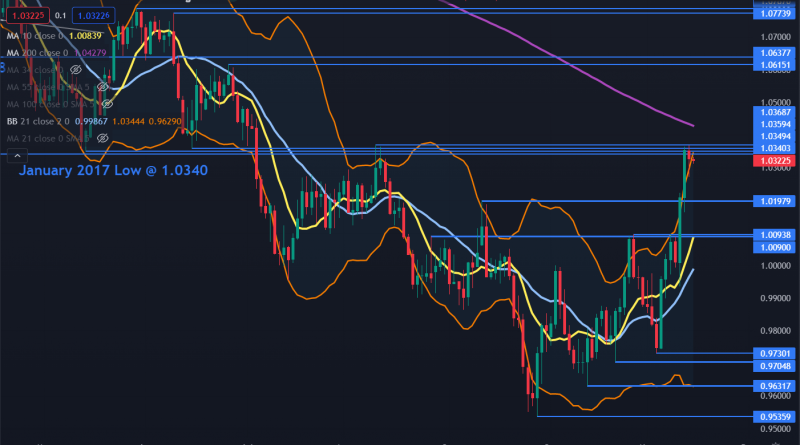 The Euro continues to threaten to make a new 3-month peak against the US Dollar as currency markets pause somewhat. This is in the aftermath of last week’s US CPI and while the G-20 in Bali gets underway today.

She hinted that the pace of the Fed’s hiking program might need to slow at some time ‘soon’. At the same time, she also made it clear that there was still some work to do in terms of the Fed’s fight on inflation.

Treasury yields ticked up a few basis points out to 10 years in the US session and they have been steady so far through Asian trade.

The G-20 got underway and the highlight so far has been the apparent cordial comments around US-China relations from both sides.

The meeting yesterday between US President Joe Biden and Chinese leader Xi Jinping led to the positive language used from all parties as tensions appear to be thawing to some degree.

This is the first time the leaders have met while holding the top job of their respective countries. They met several times before when both held the role of Vice President.

An agreed communique from the G-20 is something that observers hadn’t been very confident of achieving going into the meeting, but now it seems possible.

Mainland Chinese and Hong Kong equity indices were buoyed by the prospect of government support for the property sector. The Hang Sang index gained more than 3.5% at one stage, defying some soft economic data.

Chinese year-on-year industrial production came in at 5.0% instead of the 5.3% anticipated to the end of October. Retail sales for the same period were -0.5% rather than the 0.7% forecast.

Elsewhere, Japanese seasonally adjusted 3Q quarter-on-quarter GDP came in -0.3% against forecasts of 0.3% and against the 0.9% previously.

Seasonally adjusted annualised quarter-on-quarter GDP to the end of September was -1.2% instead of 1.2% anticipated and 3.5% prior.

After a delayed reaction, USD/JPY had a crack higher after the news, moving above 140.60.

The WTI futures contract dipped toward US$ 85 bbl while the Brent contract is under US$ 93 bbl. Gold has held onto overnight gains, trading above US$ 1,770 at the time of going to print.

RBA meeting minutes were out today and revealed that the bank considered a 25- or 50-basis point lift in rates at their meeting 2-weeks ago.

They hiked by 25 bp then but going forward they are said that they are prepared to pause or return to large hikes depending on data at the time.

After UK jobs data, there will be EU GDP numbers followed by US PPI.

How to Trade EUR/USD

EUR/USD has been chopping resistance wood this week as it seeks to overcome a series of breakpoints and the August peak at 1.0369. This level may continue to offer resistance.

The recent rally broke above the upper band of the 21-day simple moving average (SMA) based Bollinger Band. A close back inside the band might signal a pause in the bullish run or a potential reversal. 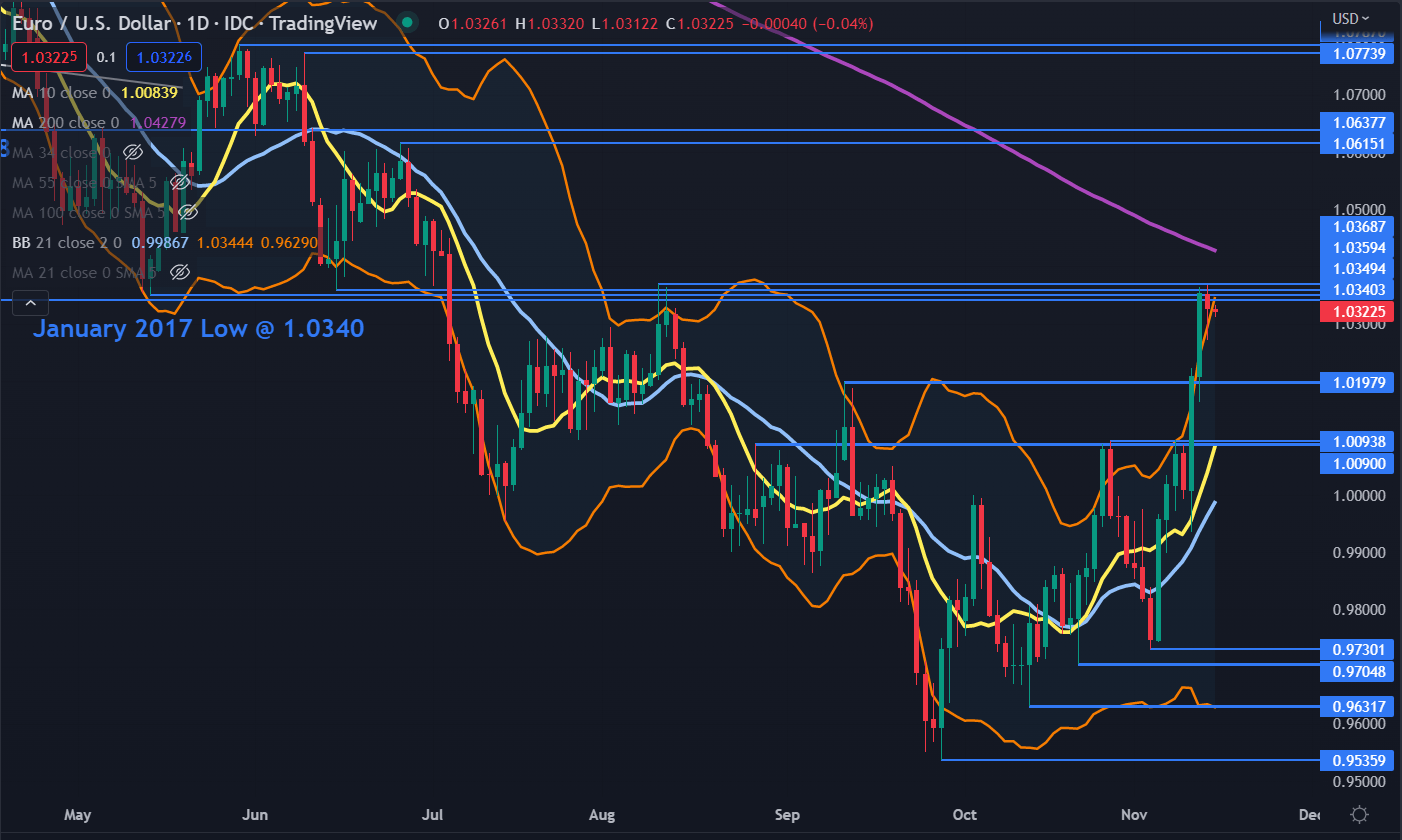