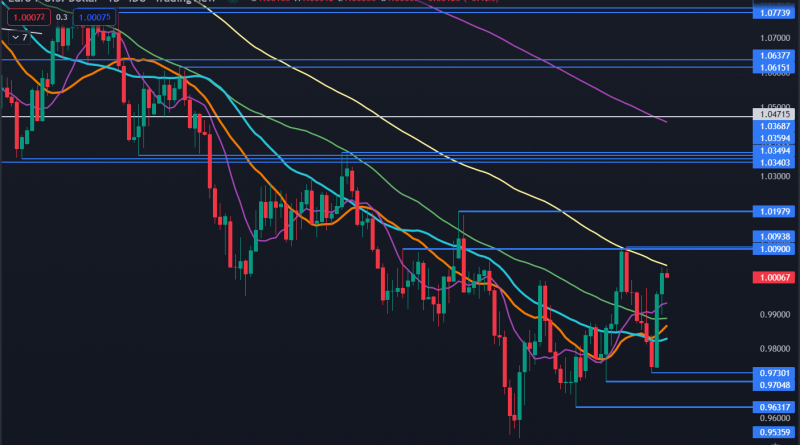 The Euro has held onto gains against the US Dollar made since last Friday after favourable data yesterday and ahead of today’s mid-term elections.

Swiss jobs data and German industrial production figures helped to underpin EUR/USD into the New York close, and the uplift has been maintained through the Asian session so far.

US mid-term elections are to be held today and the market is poised for headlines that may emanate out from early results.

The US Dollar remains under the pump despite Treasury yields adding a few basis points in the North American trade and followed by a couple more in Asia today. The benchmark 10-year note is again yielding over 4.20%.

Gold has eased off Monday’s peak and is trading below US$ 1,670. Crude oil has similarly pulled back from yesterday’s high with both the WTI and Brent futures contracts easing around a third of a percent at the time of going to print.

APAC equities were mixed with Australia’s ASX 200 and Japan’s Nikkei 225 in the green while Hong Kong’s Hang Seng index and mainland China’s CSI 300 lost ground. Further Covid-19-related lockdowns in China have been sighted for the weakness in their bourses.

The Reserve Bank of New Zealand’s Adrian Orr was re-appointed for another 5-years as Governor of the bank. The RBNZ was the first mover among global central banks in the current tightening cycle.

The RBNZ survey of 2-year inflation expectations hit its highest level since 1991 today, coming in at 3.62%. The market is leaning toward a 75 basis-point hike to the RBNZ’s target rate at their meeting later this month.

Looking ahead, EU retail sales are due out and there will be several central bankers crossing the wires. The Swiss National Bank’s Thomas Jordan is the most senior banker to be speaking.

The US mid-terms will be watched but the market will be eagerly awaiting Thursday’s US CPI data.

How to Trade EUR/USD

The Euro has stalled on its recent run higher today, with possible resistance further up at the breakpoint of 1.0090 which is just below a recent peak of 1.0094.

The recent rally has seen the price move above the 10-, 21-, 34- and 55- day simple moving averages (SMA). A period of consolidation above these SMAs might see all the gradients on them turn positive, which could indicate evolving bullish momentum. 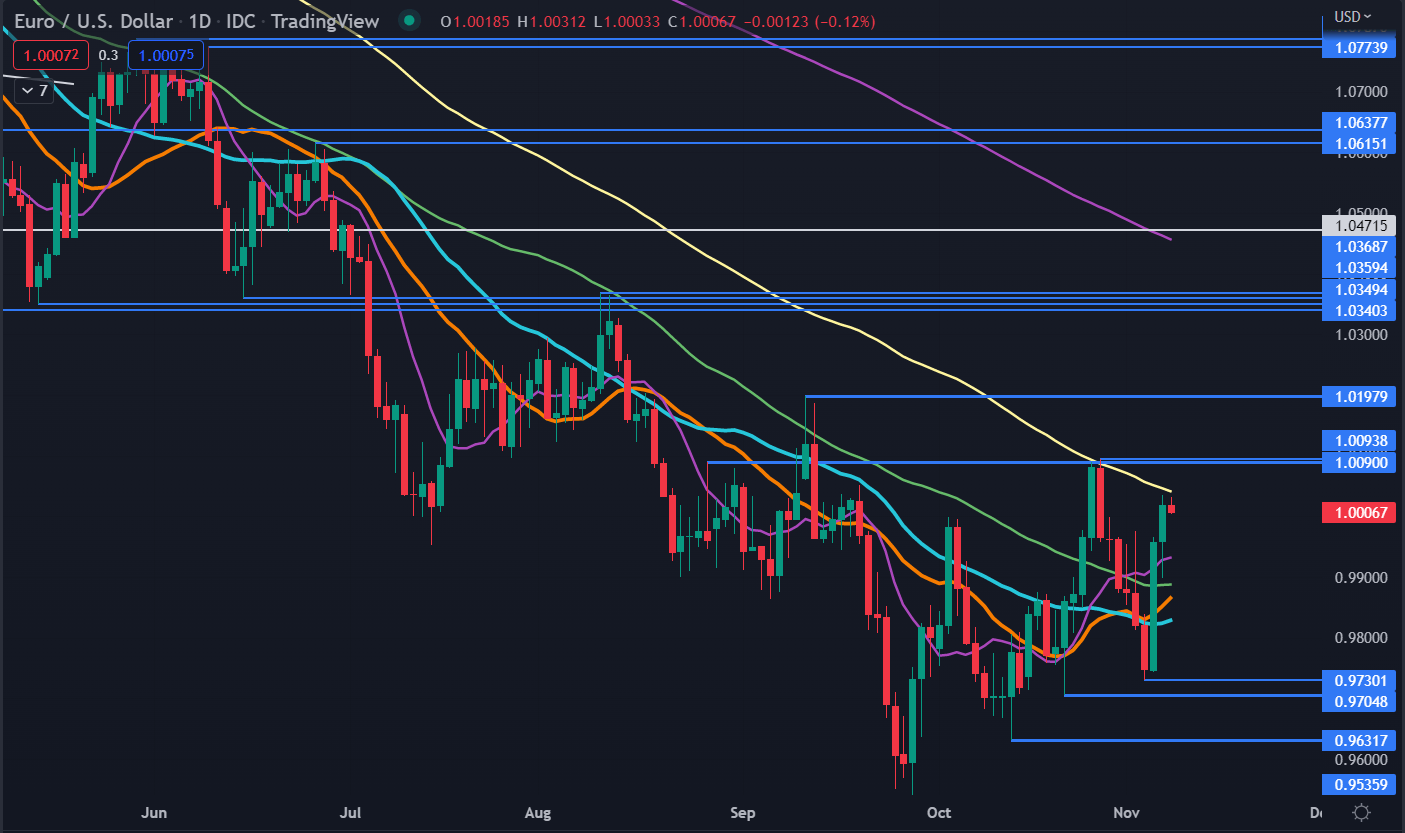