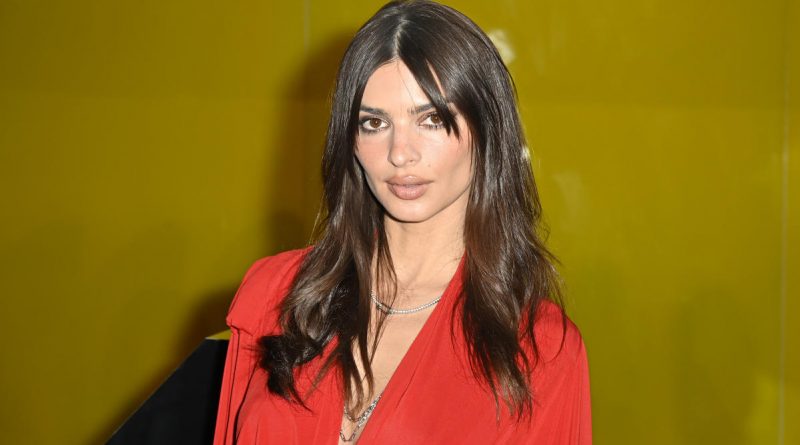 Emily Ratajkowski is facing some regrets after stepping out in a risqué dress.

The 31-year-old model, actor, author and podcaster is trying to live her best single life since separating from her husband of four years, Sebastian Bear-McClad. But as a now-single mom who is trying to embrace her multi-faceted personality, Ratajkowski was prepared to encounter naysayers.

In the latest episode of her podcast, High Low with EmRata, Ratajkowski addressed the subject with her guest Alex Cooper, sharing that it’s long been difficult for her, as a model, to be taken seriously in other areas.

Even as she’s embarked on starting thought provoking conversations about politics and feminism, people have tried to reinforce her identity as a model and nothing more. After attending W Magazine‘s 50th anniversary party in October, she was reminded about onlookers not wanting to give her due respect.

“I’m recently single, I wore this fun little slutty dress out. It was actually, I thought it was quite chic, it was see-through … My girlfriend works for the brand that had the dress, she got it sent over. I put it on, I was like, ‘Can I do this? Can I leave the house like this?'” she said, referring to long-sleeve fishnet dress that displayed her satin bra and underwear. “Then I was like, ‘I’m feeling myself, this is so fun.’ You know, I’m 31, I had a baby 16 months ago, or god, no, god it’s even a year and a half now, he’s getting so old. And it felt really good.”

Before making the decision to wear the dress, she recalled texting a photo to her friend. “‘Do I wear this?'” she wrote. “‘Am I allowed?’ Which was a joke, but also it wasn’t a joke.”

Ultimately, she made an appearance in the dress for about an hour, feeling proud of her body and ready to show it off.

“I had so much fun. I was with all my girlfriends who were hyping me up, taking videos, being like, ‘Do you want me to post this?!'” she said. “I’m single, it’s fun and it feels good to have your friends be like, ‘Yes, bitch.’ You know what I mean? So I felt really great, but I knew what was coming.”

The model posted a series of photos to her Instagram showing off her look before receiving an influx of hate, including comments that read, “Dressing like that is just asking for it,” and “So you must go almost naked to be noticed. Sad situation.”

“All the sudden, there was this real response of ‘How can she expect us to take her seriously while she also parades her body around like that?’ And it’s something that I’ve heard forever and that I’ve just basically been accused of having extreme internalized misogyny and playing into the male gaze,” she said. “It’s something I think about all the time.”

It even had an impact on how she felt about the look herself.

“If I’m being totally honest, I feel shame,” she continued. “I feel bad about myself, I feel like I shouldn’t have worn that dress like it was a mistake and I feel ashamed.”

Luckily, Ratajkowski received support from many others who said that she looked “like a goddess” in the dress and wore it well.

“You really know how to get dressed for a party,” one person commented. Another wrote, “Revenge season.”