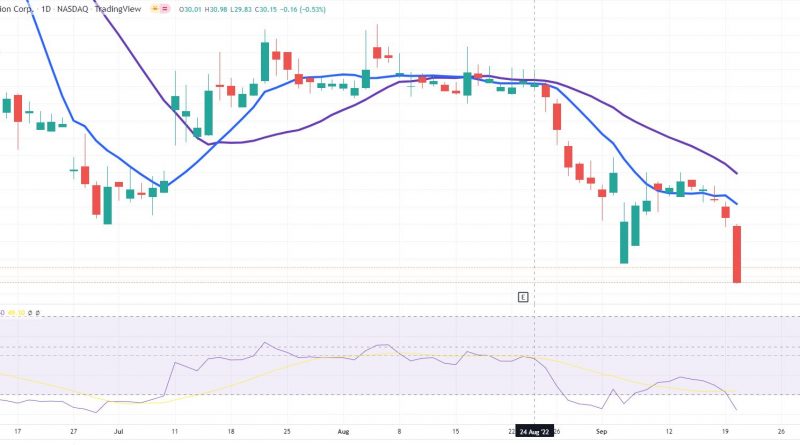 Digital World Acquisition Corp (DWAC), the special purpose acquisition vehicle or SPAC that has been attempting to take Donald Trump’s Truth Social company public, is not going down without a fight. On Tuesday, the bealeagured SPAC lost 16.9% to close at $18.61, but bulls have entered Wednesday’s premarket ready to buy the dip and now DWAC stock has taken back 9% to trade at $20.28 two hours before the regular session.

DWAC stock have been beaten down of late due to the SPAC’s PIPE (private investment in public equity) investors trying to renegotiate the terms of their deal. Originally, the PIPE deal was a sweetheart deal for hedge funds to make an easy payout by lending their credibility to Truth Social parent Trump Media & Technology Group (TMTG). Together the various hedge funds and investment firms were set to invest about $1 billion in DWAC.

The PIPE deal was originally framed in terms of preferred stock. The hedge funds would get preferred stock with the right to convert it into common stock at $33.60 if the merger went through and TMTG stock remained above $56 a share. The investors could also convert to common stock at even lower prices (as low as $10) in proportion to TMTG’s share price if it was below that $56 threshold.

Tuesday was the deadline for the PIPE deal to go through. It is being held up, because of numerous investigations, including by the Securities & Exchange Commission (SEC) into whether DWAC’s merger with TMTG was organized prior to DWAC raising funds at its SPAC IPO. This has held up the merger between DWAC and TMTG, as well as the PIPE deal. Reports from The Financial Times on Tuesday said that investors were continuing negotiations with DWAC’s chief executive, Patrick Orlando.

According to FT, the PIPE investors want to scrap the $10 base conversion price and convert as low as $2. This would greatly dilute the ownership of Donald Trump and his other early backers. As of early Wednesday, there is no more recent update on the status of these talks.

It is important to remember that investors cannot lose more than 50% from here. If the merger is halted, then existing shareholders in DWAC stock will be allowed to receive $10.30 a share – just above the initial IPO price. That makes $10.30 a hard support level.

The 9-day moving average has been below the 21-day counterpart since August 17, meaning that DWAC has shown only bearish signs for more than a month now. Tuesday, September 20 was the lowest price point since the announcement of the deal with TMTG. In other words, this would appear like a bad time to invest based on chart dynamics.

Yes, the Relative Strength Index (RSI) is majorly oversold, but that is a feature of a large number of would-be investors thinking this one is going to $10.30. Only a break above $25 would change my mind.