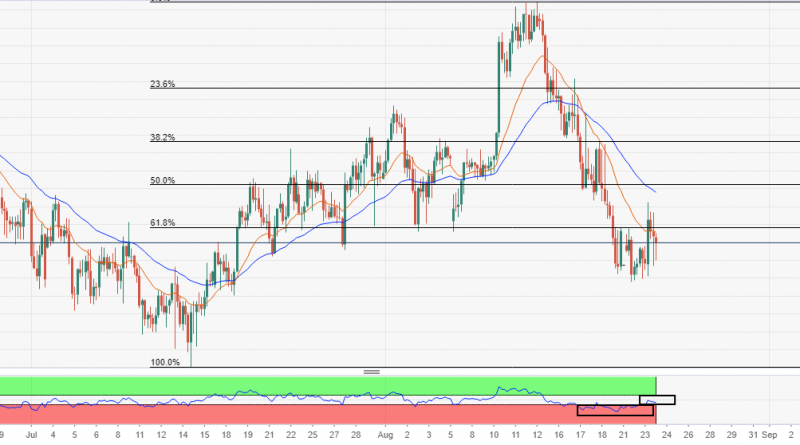 The NZD/USD pair is falling firmly after surrendering the round-level cushion of 0.6200 in the Asian session. Gains recorded on Tuesday after the release of the dismal US PMI data are majorly vapored in Tokyo and the asset is declining to re-test the monthly low of 0.6156 sooner.

The 50-period EMA at 0.6255 is declining sharply, which indicates more downside ahead. On the oscillator front, the Relative Strength Index (RSI) (14) has shifted into the neutral range of 40.00-60.00 from the bearish range of 20.00-40.00. But that doesn’t warrant that the impact of bears is fading.  Going forward, a drop below 40.00 will initiate a fresh bearish impulsive wave.