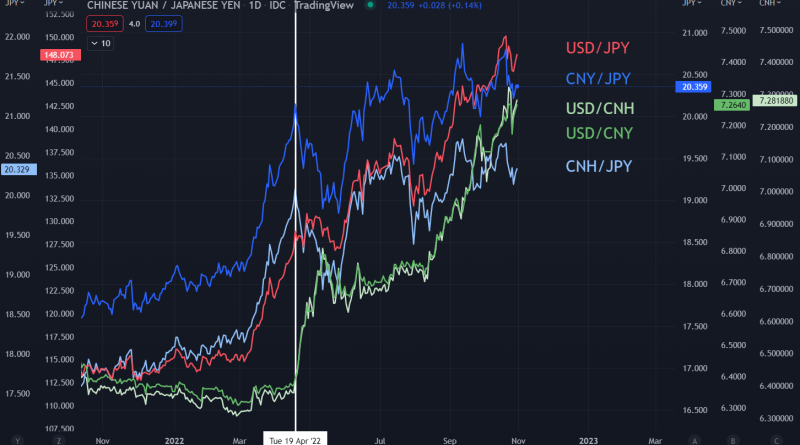 The Japanese Yen continued to depreciate to start the week after a mixed bag of fundamental data showed strong retail sales but disappointing industrial production figures.

Japanese industrial production was -1.6% against -0.8% expected month-on-month for September and 9.8% year-on-year to the end of September, below forecasts of 10.5%.

Month-on-month retail sales in Japan for September showed a 1.1% increase rather than 0.8% anticipated to reveal a 4.5% increase instead of the 4.1% forecast.

A potentially significant component of the surge in retail sales could be the large increase in visitor arrivals to Japan in September.

Preliminary figures from the Japanese government show 206,500 tourist arrivals for that month, compared with 17,766 in January. The month-by-month increases have been fairly linear.

The increases in tourist activity coincide with the relaxing of Covid-19-related restrictions. This easing of requirements for travel to and within Japan stands in stark contrast to the policy in China.

Official Chinese PMI, a survey of purchasing managers at large Chinese firms, showed a decree of pessimism with a read of 49.2 for October of manufacturing managers against 49.8 anticipated. The non-manufacturing index printed at 48.7 for the same month, a big miss compared with the 50.1 forecast.

Being a diffusion index, 50 is considered neutral on the economic outlook, above 50 is seen as positive and below 50 is seen as negative.

The gloomy perspective may reflect the ongoing headwinds from a zero-tolerance Covid-19 policy. The Chinese earnings season is coming to a close. So far, around a quarter of the companies that have reported beat estimates, half missed, and the rest were in line with expectations.

China is Japan’s largest trading partner, with around 22% of Japan’s imports and exports going between the second- and third-largest global economies.

Overall, the Chinese Yuan has been appreciating against the Yen and this will ultimately contribute to Japan’s economic prospects.

The Yen made a 32-year low against the US Dollar at 151.95 earlier this month before the Bank of Japan intervened, selling USD/JPY.

At the same time, the Chinese Yuan has been depreciating against the US Dollar and this works in China’s favour as they run a significant trade surplus with the US.

If USD/JPY runs higher, Chinese officials may allow USD/CNY to move in that direction as well. 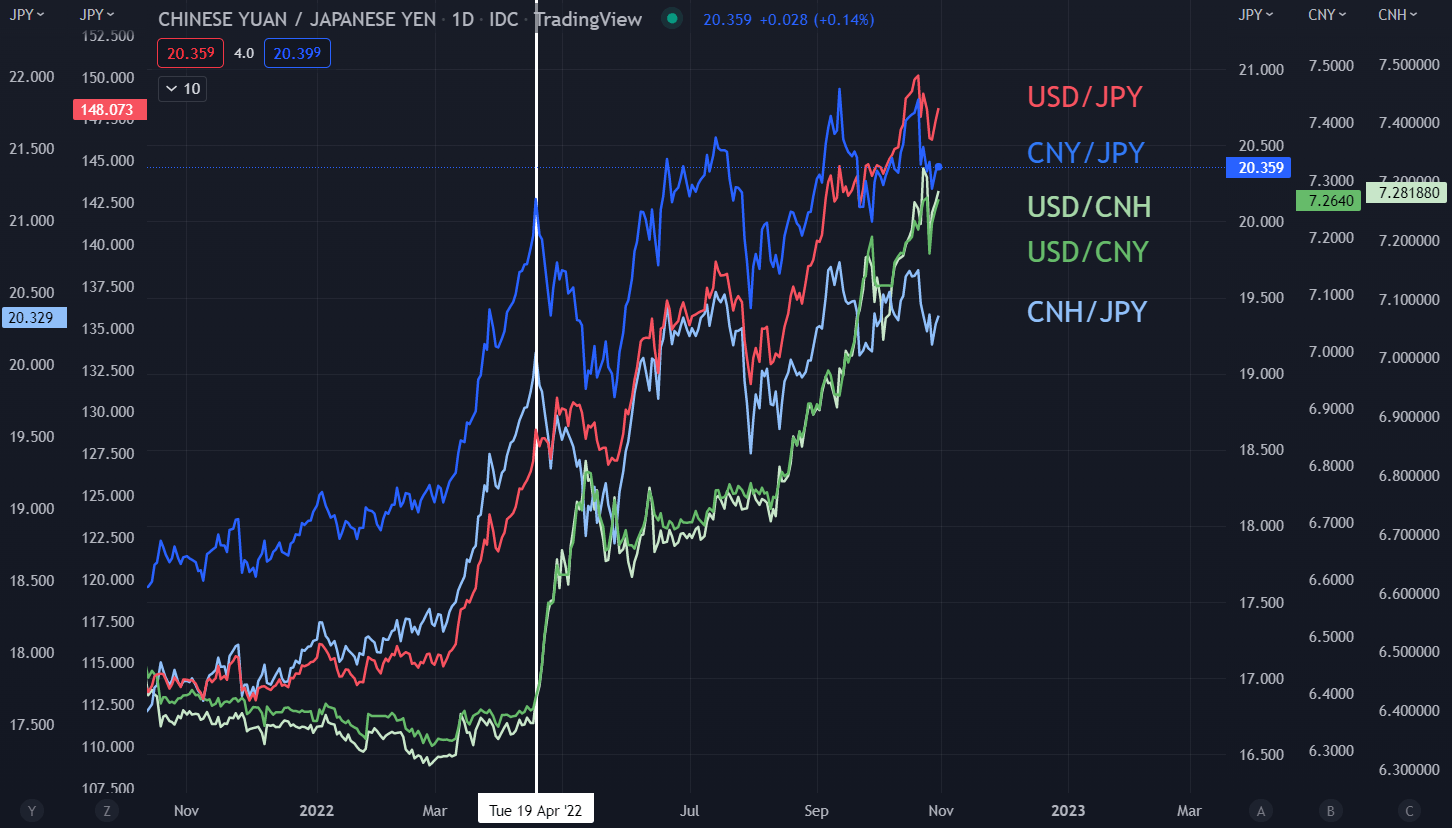