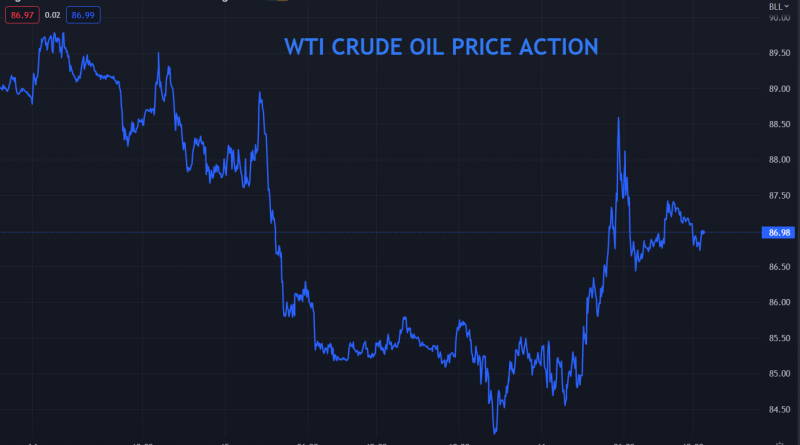 Crude oil has had a whippy week so far with industry reports, data and geopolitics all impacting prices.

Earlier in the week, the Organization of Petroleum Exporting Countries (OPEC) cut their demand forecast for the fourth quarter again. They also downgraded their outlook for 2023 and this saw a move lower on Monday.

In the following session, the International Energy Agency (IEA) reported that inventories are at their lowest level since 2004 among developed economies, boosting black gold prices.

Then, US PPI came in soft, printing at 0.2% month-on-month in October rather than 0.4% anticipated and prior. The year-on-year rise in prices faced by producers to the end of October was 8.0% instead of the 8.3% forecast and 8.5% previously.

This PPI number is on the back of last week’s US CPI coming in below predictions. Signs of subdued price pressures led to speculation that the Federal Reserve’s tightening might be less severe than expectations held preceding the data.

The growing sense that the Fed may become less aggressive in the rate hike cycle next year has led to market perceptions that the global growth outlook might be better than previously thought.

Get Your Free Oil Forecast

After the data, reports came through of an explosion of a missile in Poland near the Ukraine border. This raised concerns about escalation in the Ukraine war and the consequences for oil and energy production in general.

Media reports pointed the finger toward Russia, but this has not been confirmed by the White House so far. Moscow has denied any involvement and described the explosion as a deliberate provocation aimed at escalating the situation.

The range in the WTI futures front contract was US$ 84.06 – 88.68 on Tuesday before finishing at US$ 86.92. It remains near this level through Asian trade so far today.

The Brent futures contract saw similar volatility and is near US$ 94 at the time of going to print. 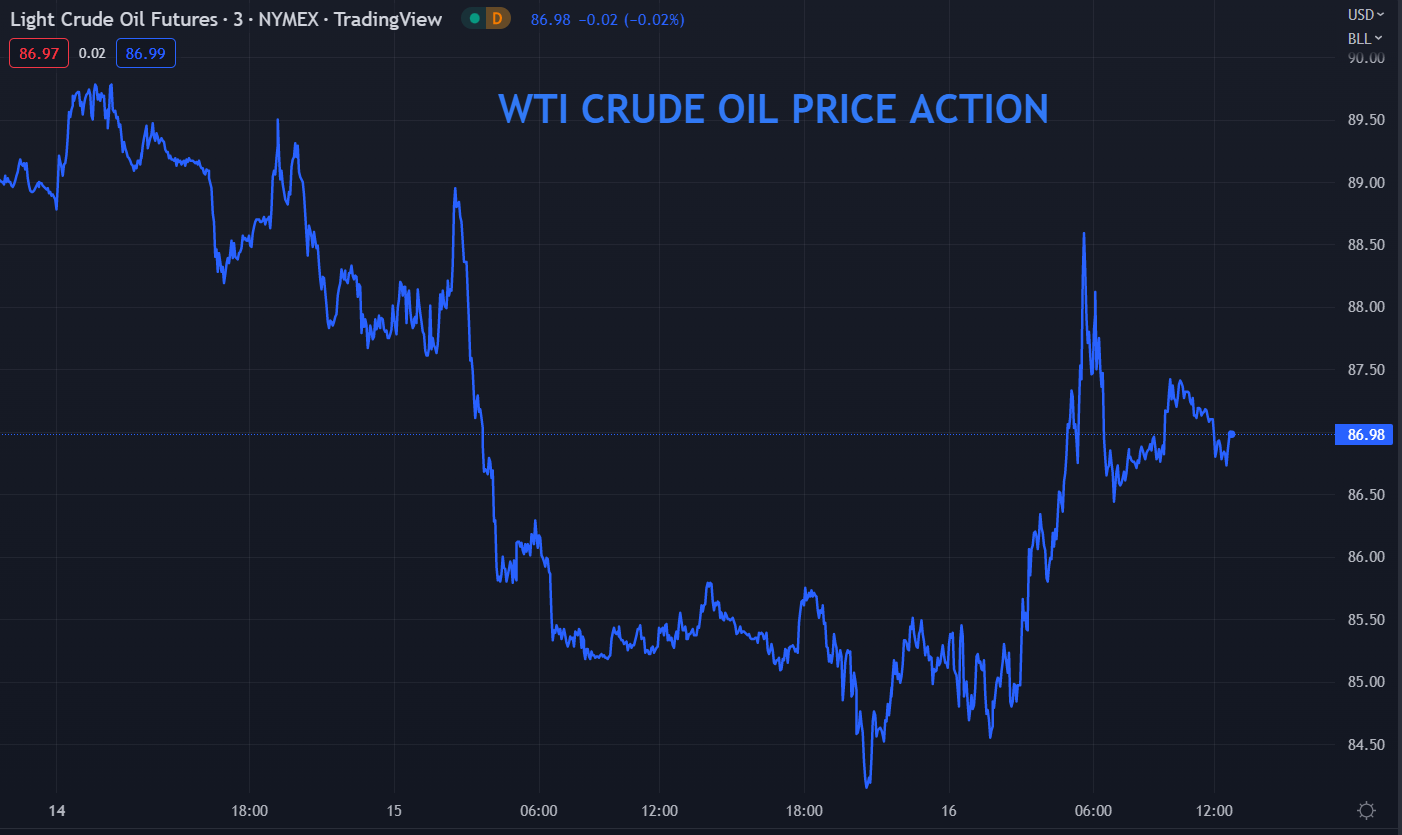