Crude oil is up around 17% from the September low as the market digests the OPEC+ announcement on Wednesday of a production cut of 2 million barrels per day starting next month.

There is much speculation about what the actual cut to supply will be after accounting for member states that are unable to meet quota targets. US President Joe Biden hasn’t ruled out drawing down from the strategic petroleum reserves.

The WTI futures contract is above US$ 88 bbl while the Brent contract is over US$ 94 bbl.

Board members Lisa Cook, Charlie Evans, Neel Kashkari, Loretta Mester and Chris Waller are all singing from the same song sheet. That is, rates are going to be higher for longer as it has become apparent that there are no more doves left at the Fed.

APAC equities took their cues and are all lower on the day to varying degrees. The hawkish rhetoric gave Treasury yields a lift across the curve, that in turn underpinned the US Dollar.

USD/JPY is once more eyeing a run above 145 and that will be watched closely for intervention from Japanese authorities. In contrast to the Fed, the Bank of Japan is maintaining a loose monetary policy.

The Euro and Sterling have struggled to recover from yesterday’s losses so far and most other currencies are relatively stable.

Gold has continued to leak lower today, trading near US$ 1.710 an ounce going into the European open.

The focus for the day ahead will be US non-farm payrolls (NFP) which is anticipated to show the US economy adding 250K jobs in September.

WTI crude oil has rallied over 17% in the last few weeks. In the process, it has crossed above the 10-, 21- and 55-day day simple moving averages (SMA) and that may suggest that short and medium-term bullish momentum could unfold. 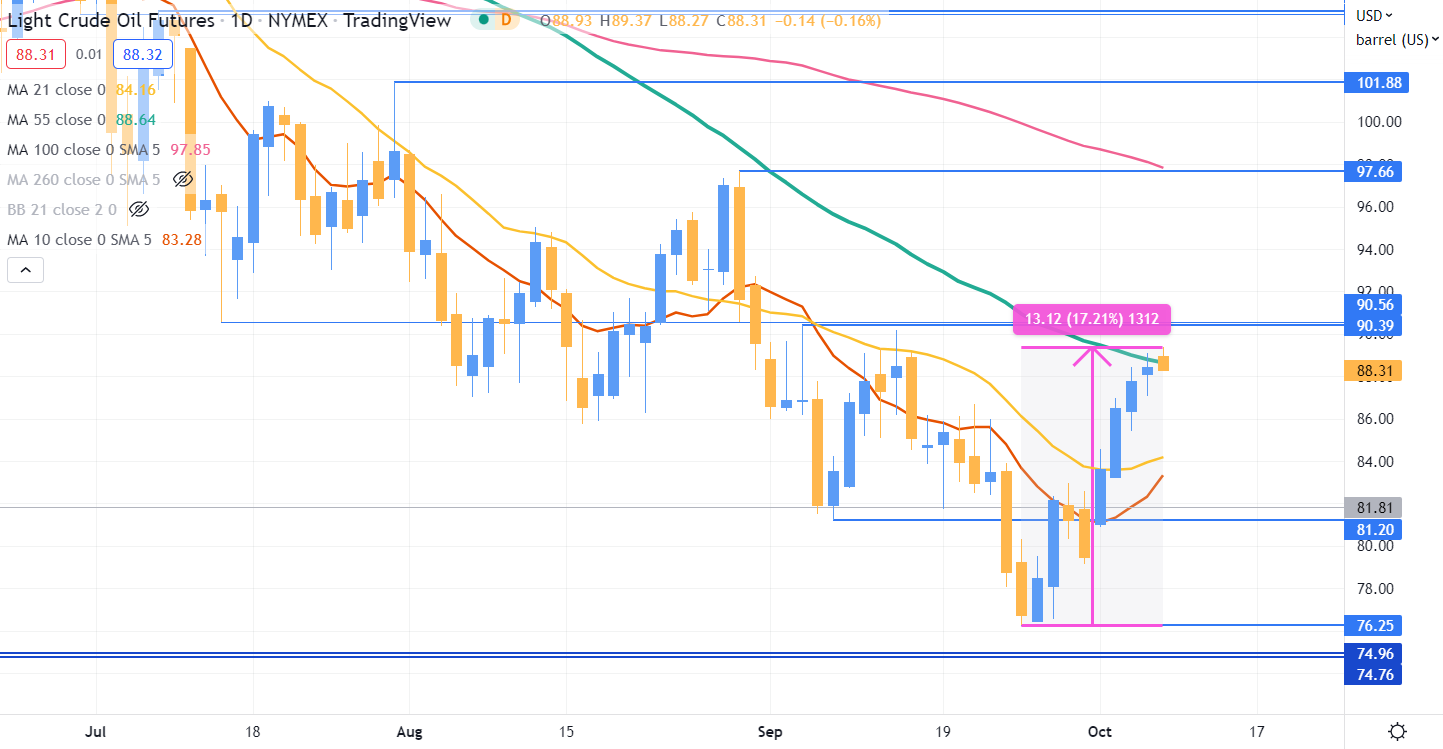