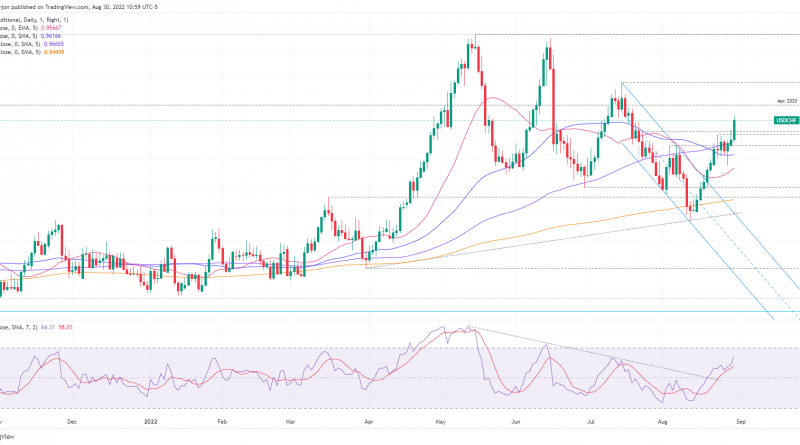 The USD/CHF climbs during the North American session, hitting a six-week high at around 0.9762, leaving below the 20-day EMA, widening the gap from the long-term daily moving averages (DMAs). At the time of writing, the USD/CHF exchanges hands at 0.9746, up 0.70%.

The USD/CHF weekly chart illustrates the pair extended its gains above the 20-EMA, lying at 0.9676, following Monday’s unsuccessful break. Additionally, the Relative Strength Index (RSI) crossed above the 7-week RSI’s SMA, aiming higher, showing buyers are gathering momentum. Therefore, the USD/CHF is resuming its upward bias in the near term.

The USD/CHF daily chart illustrates the major bouncing off the 100-day EMA, after Monday’s failure to do, and extended its gains to hit a daily high at 0-9762 before retreating toward current price levels, just above the July 21 high at 0.9739. If the USD/CHF achieves a daily close below tie latter, a retracement towards the 0.9600 figure is on the cards. Otherwise, the USD/CHF could continue its way north, towards the 0.9886 mark, ahead of the 0.9900 psychological level. 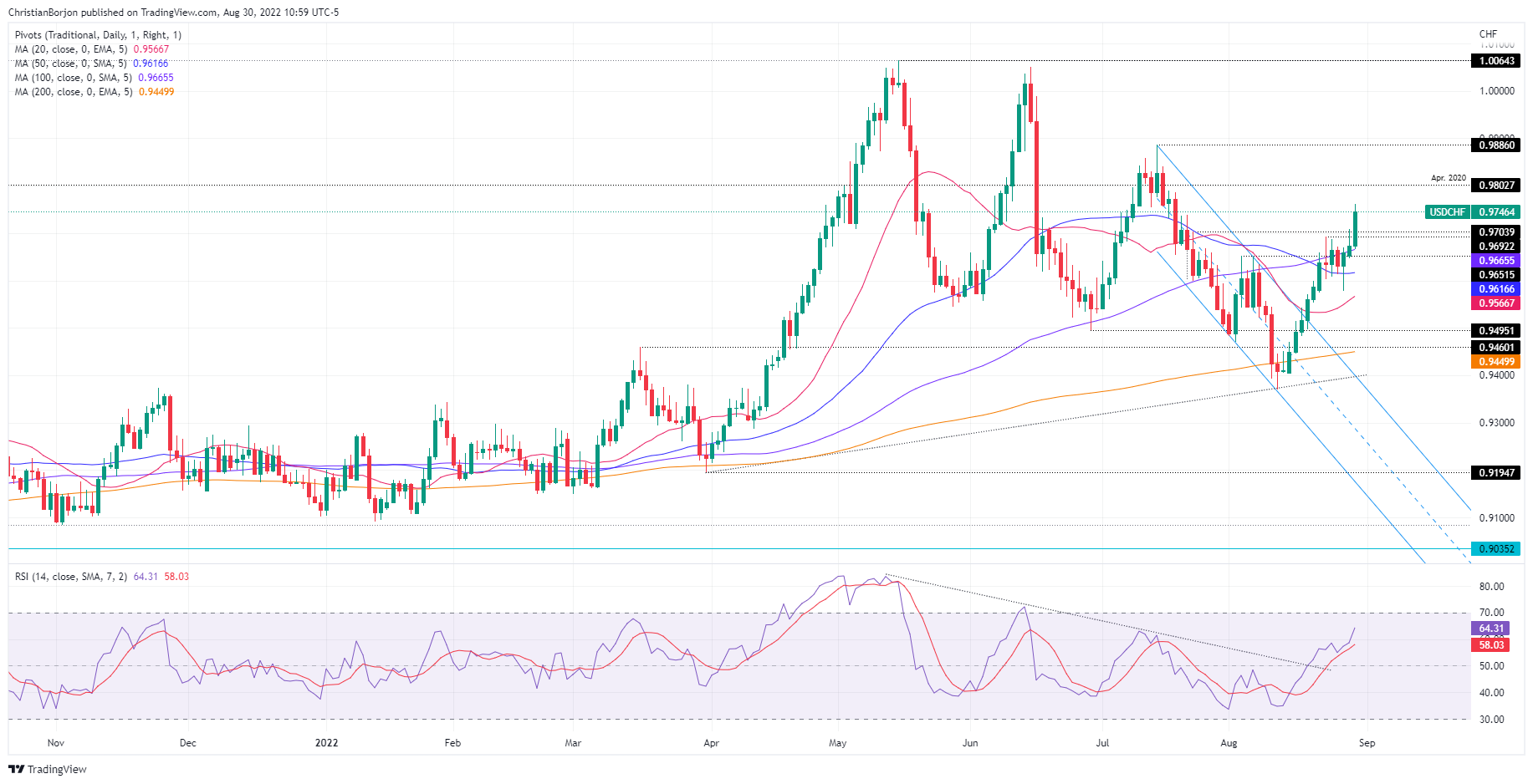