Get Your Free AUD Forecast

The Australian Dollar toppled after the Reserve Bank of Australia (RBA) raised the cash rate target by 25 basis points (bp) as anticipated to 2.85% from 2.60%.

The currency had rallied into the decision on the back of a weaker US Dollar. It is still in the green on the day at the time of going to print.

In the accompanying Monetary Policy Statement (MPS) the bank changed their view on where inflation will peak, moving it to 8% from 7.75%. Despite the northward adjustment to CPI, they still expect inflation to slide dramatically lower in 2023.

Today’s decision comes after a blistering third quarter CPI published last week that saw the headline number come in at 7.3% year-on-year to the end of October, above the 7.0% forecast and 6.1% previously.

The RBA have a mandated target of 2% on average over the cycle. CPI dipped on the outbreak of the pandemic, but it has been above 3% since the second quarter of 2021.

The RBA’s preferred measure of inflation is the so called “trimmed mean” which is considered by many economists to be a superior measure of core inflation. Unfortunately for the RBA, it too re-accelerated in the third quarter to 6.1% year-on-year, way above 5.5% anticipated and 4.9% prior.

Retail sales were released yesterday and again, beat expectations for September, printing at 0.6% month-on-month, the same as August but above the 0.5% forecast.

Compounding the problematic outlook for price pressures is PPI climbing higher yet again in the third quarter. It was 6.4% year-on-year to the end of October, beating the previous read of 5.6%.

While there is much talk about the lead/lag effects of tightening monetary policy, PPI also takes some time to run down the pipe and hit CPI.

Companies that are facing higher input costs essentially have two choices. They can absorb the increase in the cost of doing business and see margin compression or they can pass on their higher costs to consumers.

With CPI above PPI, the companies that are able to pass on the increases in costs are likely to do so, but this presents problems for a central bank trying to rein in CPI. If PPI continues to accelerate, it is hard to not see either higher CPI or lower earnings for companies on the ASX 200.

The implications for AUD/USD remain somewhat opaque with the Federal Reserve holding their Federal Open Market Committee (FOMC) meeting On Wednesday to decide on the scale of their uplift to their target rate.

The market is pricing in a 75 bp boost as they try to catch their runaway CPI train and the focus will be on any perceived pivot to their aggressive hawkish stance. The consequences of such a change in tack will have significant ramifications for the US Dollar and the Aussie is likely to get swept up in such a move to some extent.

Later today, RBA Governor Philip Lowe will be giving an address at a business forum in Hobart at 0820 GMT and his comments will be watched closely for hints of future rate moves.

The full statement from the RBA can be read here. 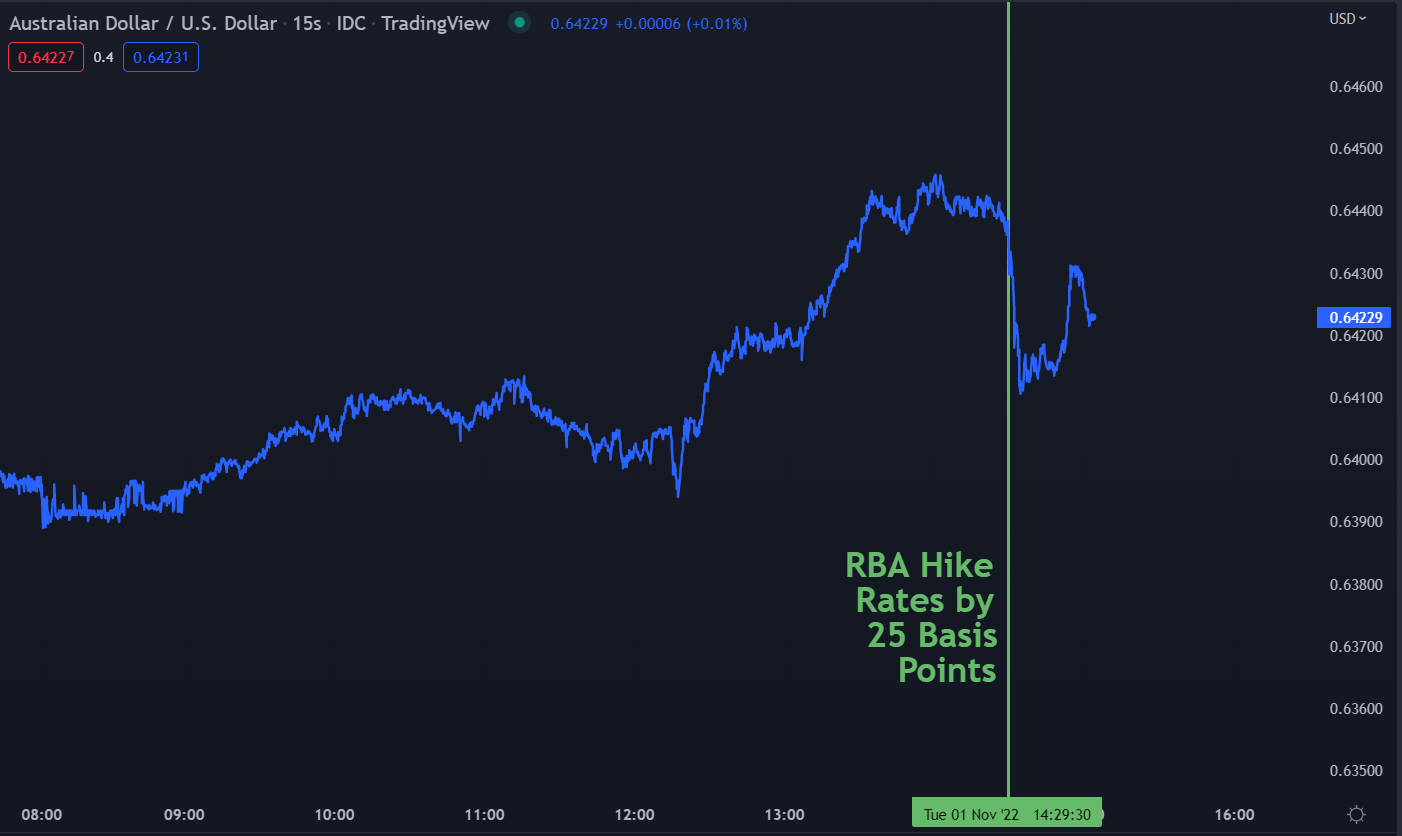