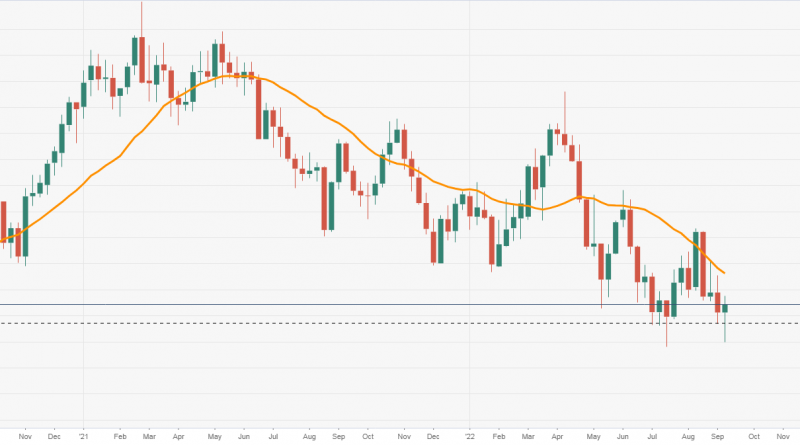 The AUD/USD peaked during the European session at 0.6877, the highest level since August 31 and then pulled back amid a stabilization of the greenback. The retreat found support at 0.6820 and the pair is about to end the week on a positive note with gains.

A broad-based correction of the US dollar, higher commodity and equity prices are helping the aussie confirm weekly gains. The Australian dollar is among the top performers on Friday. Against the kiwi hit one-week highs, with AUD/NZD testing levels above 1.1200.

On a weekly basis, the AUD/USD managed to rebound from under 0.6700 and is it about to end the week with gains. Most important, it is avoiding a weekly close below 0.6770 that would have been the lowest since 2020, opening the doors to fresh lows.

Two critical reports are due next week for the AUD/USD pair. In the US, will be August inflation on Tuesday. The figures will have critical implications for market expectations regarding the next Federal Reserve meeting. Powell remained hawkish during the week, although a slowdown in the annual inflation rate could start to alleviate rate hike expectations, not necessarily for the September FOMC meeting.

On Thursday, Australian labor market data will be released. After a disappointment in July, the August report is expected to show an improvement. Market consensus is for a 35K increase in jobs. Another weak number could weigh on the aussie, as market participants would see more likely a 25 basis points rate hike from the Reserve Bank of Australia, rather than a larger increase.